This afternoon I drove up to Owings Mills to attend Margaret Rome's AR Open House.  I walked into a room filled with old friends.  It is just a technicality that I had not actually met many of them in person.  The beauty of AR is that you really feel connected with the people whose blogs you read regularly.  It truly is as though these people are old friends that I have known for years.

I was honored when I got the call from Margaret Rome inviting me to attend.  I met Margaret at my first AR gathering in December and she and I instantly connected.  Since then, I have had the pleasure of chit chatting with her several times on the phone.  It was indeed an honor to support her this weekend.  She really is a terrific lady and truly deserving of this spotlight.

Richard Iarossi was the first AR person that I met in real life several months ago at the Long & Foster office in Crofton.  I was so excited because he was just like I imagined he would be.  Since then I have seen him several times at AR gatherings and it is always an absolute treat to spend time with him.

I was really excited to meet Ellie McIntire.  She and I facebook each other all the time and I feel like I have known her for years.

C Tann Starr was absolutely amazing.  She has an amazing presence and a generous spirit (more on this later).  We have planned to hook the kids up for tours of DC in the coming months.

Martha Brown from the Crofton Long & Foster was there.  I have met Martha before and it was an absolute pleasure to see her again.

Bridget McGhee my favorite loan officer was there.  I met Bridget because of AR a year ago.  Since then i've referred several people to her.  I have gotten such wonderful feedback from my clients that she has quickly become my go to mortgage mama, even the client that fired me has stuck with Bridget.

I also had the pleasure of meeting Margaret Woda and Lenn Harley.

It really is amazing to think that so many of the top bloggers in MD (6 of the top 10) were all gathered in one home.

So many of the people that I saw over the past two days have been influential in my professional development, answering questions, giving feedback and suggestions, and offering support through difficult times.

I truly appreciate each and every one of my AR friends and to have the chance to meet them and connect with them on an even more personal level is truly priceless. Dr.Stacey Ann Baugh- I really wished that I could've been there. Guess what? C Tann Starr called me this morning. Can you believe it? I was surprised to get a call from her. I really enjoyed speaking to her. She supposed to be having lunch with Audrey June-Forshey today. I told her that next time she is in town we have to meet up. Glad to see that you had a good time. Thanks for sharing. Great post.

Dr. Stacey looks like you all had such fun.  It is nice meeting the people you interact with on-line offline.

Love your tagline about the house calls

Dr Stacey, looks like you all had a great time at Margaret's open house.

Dr. Stacey, I am so glad you took the time to be in Baltimore. You made this special event even more special.

It would have been so nice to have gotten to hang out with all of you.  Great times!  I'm looking forward to hanging out with some AR friends at REtechSouth in Atlanta......just a couple of weeks away! 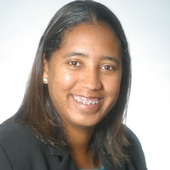