When you visit the Lake of the Ozarks, did you know that you are not only visiting a beautiful recreational facility, but also a hard working body of water?  The lake, actually a reservoir created when the Great Osage River was dammed, supplies cheap power throughout the state of Missouri.

In 1929, the Union Electric Company employed 20,000 workers over a two year period to build a dam on the Great Osage River for the purpose of generating electricity.   The backing up of the Osage River created a massive lake.  With 57,000 acres of water, Lake of the Ozarks is the largest man-made lake in the midwest. Initially there wasn't a plan to build a lake of this size.

Around 1912, a Kansas City developer by the name of Ralph Street began to gather funding for a hydro electric plant which would be powered by the flow of the great Osage River.  Street began to collect money and started building roads, railroads, and support structures which would be needed to construct the dam.  The idea was for a much smaller lake than what is there now.  Funding began to dry up in the mid 1920's and Street had to lay aside his plans for building a hydro electric plant.

Soon after Street failed in his quest to build the dam, Union Electric Power & Light hired a Boston engineering company.  They began to plan and design a dam that would be built near the community of Bagnell  - a very unlikely spot along the River.  Many people thought this $30 million dollar project would be another failure because of where the dam was to be built.

Just a few months after the start of construction on Bagnell Dam, the country was hit by the Stock Market Crash of 1929.  The crash ushered in the Great Depression and most of the nation was in serious financial distress.  It was quite different though in the communities that were springing up around the Bagnell Dam project.  People came from hundreds of miles away to work on the dam and the project was a financial boost for the area.  Thousands of people found work there when work was hard to find.  Most of the construction was done by hand and very primitive equipment.  Nevertheless, in two years Bagnell Dam and its reservoir, Lake of the Ozarks was finished.

The Bagnell Dam project was more than a hydro electric plant.  Because of the construction, 12 cities and numerous small towns were established around the area.  They are still growing and thriving today.  Schools, golf courses, tourist attractions, and the unrivaled beauty of the area are still drawing people to Lake of the Ozarks.  The low cost of living and the gorgeous homes around Lake of the Ozarks, Kaiser, Iberia, Linn Creek, Gravois Mills and several other towns make this area a great place to retire or raise a family.  Come take a look.  You'll be glad you did.

Lake Real Estate Pros has over 20 years experience helping people find the home of their dreams. We have everything from condominiums to multi-million-dollar mansions.  Lisa Elliott and the team at Lake Real Estate Pros are ready to help you find your dream house.  Call us today at 573-365-7332 or visit our site and check out the current listings at www.lakeozarkluxuryhomes.com.  Lake of the Ozarks is calling.  Come join us!

I haven't heard much in the news about the water lately...  can you give us an update on that?

Water quality is a big issue here; the governor has ordered onging testing.For updates or more information, you can check  the Missouri Department of Natural Resources site. 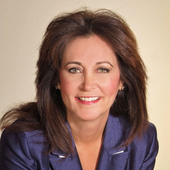