Yesterday I heard on the radio that the Obama administration is thinking about increasing their support to lenders so that they consider more short sales instead of foreclosures.

However, the program said that what the government has in mind is to provide an "incentive" payment of $1,000 to the primary lienholder, $1,000 to the second lienholder and $1,500 to the homeowner to encourage short sales.

Well, let me tell you: This is NOT going to help much! We are talking about tens (or hundreds) of thousands of shortfall in most cases. In a $300,000 home that was originally sold at $400,000 and financed with an 80/20 mortgage loan combo ("normal" practice to avoid PMI during the 2003-2006 boom), where we are talking a shortfall of approximately $110,000. Will $3,500 in incentives spread across the three stakeholders help convince them to take the hit? I seriously doubt it! Not only because the size of the incentive is but a drop in a bucket, but also because lenders (and investors who are holding the loans) will not like the idea that the defaulting homeowner is getting some of THEIR money.

In my opinion, the government should try to assist banks in a different way:

1. Lend money to banks at a very preferential rate to cover the deficit created by a short sale. This way lenders can turn around and lend this money out to the public, earn a larger spread on these loans and make up the lost profit in the long run.

2. Encourage the creation of an "Amnesty Program" for homeowners who saw their credit seriously affected by foreclosures, short sales, deed-en-lieu or loan modifications during this crisis. Lenders, credit agencies and the government should look into regulating the EFFECT that Short Sales and Foreclosures have on the homeowner's CREDIT SCORES.

Currently it is PERCEIVED that short sales affect credit scores (but no so much and for so long as a foreclosure or a bankruptcy). The fact is that NO ONE KNOWS exactly what kind of impact these situations have on our scores. This must change: The IMPACT of each choice should be clear and transparent to the homeowner!. A short sale should have MUCH LESS of an impact on credit scores than a foreclosure, so that sellers are more motivated to pursue them. As it stands today, the ONLY incentive for homeowners to pursue a Short Sale instead of letting their home go to foreclosure (apart from "trying to do the right thing) is to salvage their credit score, but no one is really sure how much better off they will be!

In fact, some homeowners who stop paying their mortgage can stay in the home many months before the foreclosure happens, saving considerable money in mortgage payments/rent, which makes foreclosure a more attractive option than a short sale from an economic standpoint.

Lenders need to lend money (that's their business). If they don't change the way the credit agencies report short sales and foreclosures, they will be left with a much smaller pool of candidates for future business!

(Note: I use BluePrint to manage my database and track my business productivity. You can too - get a free one month trial by writing "blog" as promo code)

I agree Alan that the incentives that are being proposed are probably not enough to encourage lenders to execute short sales rather than foreclosures.  However, I'm glad that the Obama administration at least recognizes where the problem in the real estate market exists and is trying to do SOMETHING to alleviate the situation.  I conducted my first short sale over three years ago and the process has not become any easier or efficient.  The banks have still not caught on to the fact that this mess is going to be around for a while.  The best way they can get the real estate market, and in turn their balance sheets, back in order is to streamline the short sale process.  They have to find a way to cut the approval time on a short sale from the standard 60-90 days to 15-30 days.  Then and only then will we see the market really pick up again.  Good post and best of luck to you. 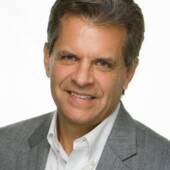