This comes as no surprise to me, however, the numbers are staggering. The foreclosure crisis is in no way close to coming to an end. The media would have you believe that things are looking brighter, however, $18 BILLION in mortgages are scheduled to reset in 2011. In reality, Real Estate agents are preparing for the next wave of defaults by becoming more educated in the distressed property arena.If you or anyone you know is struggling to make their mortgage payment, I'm here to let you know there ARE options. Please visit my website dedicated to distressed homeowners for more information.

A year ago, the Obama administration launched the Making Home Affordable program, putting $75 billion toward modifying mortgages and helping millions of borrowers through the worst housing crisis in decades.
So far, the results are slim. About 100,000 Florida loans have been modified on a trial basis. A spokeswoman for the Treasury Department says it is difficult to estimate how many borrowers are eligible.
Fewer than 15,000 trial loan modifications in Florida have become permanent. Nationwide, 116,297 modifications have become permanent out of almost 1.3 million trial modifications begun under the Obama program.
Bankers point out that a mortgage modification is only a temporary break that gives borrowers an affordable payment while they stay in the home. Borrowers, they say, should make plans for the day when that period of lowered payments will end and decide whether they can really afford the house.

A cut in the interest rate, for example, could end in a few years, which would mean the monthly payments would increase and the loan potentially becomes unaffordable again.
Under the Making Home Affordable program, interest rates can be lowered for up to five years. Then they start rising again, 1 percentage point per year until the rate reaches the market rate at the time of the modification. Loans modified outside the federal program can have different provisions.
Another emerging issue is balloon payments. Not all loan modifications have them. But some permanent loan modifications defer payment on a portion of the loan until years later.
When the mortgage's term ends - in 30 or 40 years - or when the house is sold or the loan is refinanced, some borrowers will owe a one-time, lump-sum payment that could amount to tens of thousands of dollars. The balloon payment covers the portion of the principal that was deferred. This is a concept that is commonly misunderstood.
Many people think the principle they are not paying is going to be forgiven, when, in reality, it's not.
Homeowners may be unaware of the terms of their new deals - for a good reason. Terms such as balloon payments are not spelled out in their loan papers. It doesn't say you have to make a balloon payment [in the future]. Unless you know how to work a real estate calculator, you don't know what you're signing.
For borrowers trying to hold on to their homes the difficulties continue even after the new loan begins.
About 20 percent of modified loans, through last June, ended up in default only three months later, according to federal statistics.

As usual, it pays to have a Real Estate attorney review and explain any documents before signing.

Any time there is a balloon feature on a mortgage, the terms of this balloon will be spelled out on a Balloon Rider which is an addendum to the mortgage.  These riders are also seen in cases of ARMs, Prepayment Penalties, PUDs, etc.

A very well thought and true post. Who is really out there looking out for the Joe lunchboxes of the world. The average family wanting to live the American dream. Get married, have children, own a home, there's the problem"own a home". Bankers trying to figure out a way to put some one in a home they really cannot afford, and they talk about car dealers. Lets get back to "own a home" that is one of the great things about living in the United States. "owning a home". Lets help them "our clients own a home", by making sure they purchase what they can afford.

Great post Sarah, and keep up the good work, and happy selling.

I myself am going thru a modification.  I have paid 9 payments in the 3 month trial period.  My Lender keeps asking for updated paperwork, which we furnish immediately, and it still has gone nowhere.  It scares the begeebers out of me...However, we are now almost a year later, my husband still is unemployed and due to his age, unemployable.  Hopefully the market picks up soon or my Lender makes a decision!

Evelyn, I feel for you and your situation...don't think you are a rarity as far as needing help to keep your home...it has happened to many real estate agents. I will keep  you and your family in my prayers.

It's been too long since you've posted. If you want a little positive motivational energy, call me. 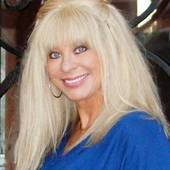