Some of my friends in the mortgage industry have sent me some very helpful articles and tips today...check it out:

Foreclosure filings were reported on 308,524 properties during February, according to RealtyTrac's monthly report. This represents a decrease of 2% from January but it is 6% above the level reported in February 2009. "The 6% year-over-year increase we saw in February was the smallest annual increase we've seen since January 2006," said James J. Saccacio, CEO of RealtyTrac. "This leveling of the foreclosure trend is not necessarily evidence that fewer homeowners are in distress and at risk for foreclosure, but rather that foreclosure prevention programs, legislation and other processing delays are in effect capping monthly foreclosure activity-albeit at a historically high level that will likely continue for an extended period." Default notices were reported on 106,208 properties, down 25% from their peak of more than 142,000 in April 2009. Foreclosure auctions were scheduled for the first time on a total of 123,633 properties, down 14% from their peak of more than 144,000 in August 2009. Bank repossessions were reported on 78,683 properties, a 10% decrease from January but an increase of 6% from February 2009. The amount of real estate owned properties was down 15% from its peak of more than 92,000 in December 2009 but was at nearly twice the level reported in February 2006. Six states accounted for 61% of the national foreclosure activity total. California led the way with 68,562 properties receiving a foreclosure filing, down 5% from January and down 15% from February 2009. Foreclosures in Florida increased 15% from January and more than 16% from February 2009. The state reported 54,032 properties received a filing. A total of 20,028 Michigan properties saw filings, up 14% from the previous month and up 59% from a year ago. With 17,312 properties with filings, Illinois posted the fourth highest total, followed by Arizona, with 16,718, and Texas, with 12,638 filings in February."
Frank McGinnis
Bank of America
Myrtle Beach

"ALL CONDO LOANS (Government, Fannie, Freddie, Condotel) now require H-06 coverage ("walls-in"/contents). The content policy premium has to be included with the escrow reserves. Although the guidelines were updated back in December 2008 by Fannie and Freddie, this was not something that was being enforced by the agencies or investors; however, it has made its way to a checklist and is being required. Let me know if you need anything from my end."

But you may be wondering about the 3rd part of my creative title header...BEARS, and i am not referring to the cute cuddly forestry creatures, nor am i saving you from a bear attack or stating pertinent facts like my boy Dwight from The Office. But, the CHI-town, Chicago Bearskies may be back in business! Gutsy moves in the off season hopefully will be fulfilled on the field in a division Championship...one thing left to say "DA BEARS!" www.EagleRealtySC.com 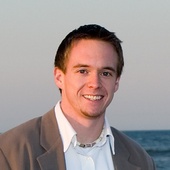