REALTOR-assisted "Closed" single-family home sales in the city of Rock Island, Illinois increased by 1.1% in the first two quarters of 2007, up from the same period in 2006.

The average number of days on the market (from home listing date to sale pending date) remained exactly the same, at 61 Days in both 2006 and 2007.

The list price to sales price ratio, (reflecting the percentage of the last recorded listing price of a property versus what the property eventually sold for) remained exactly the same at 95.1% in both 2006  and 2007. 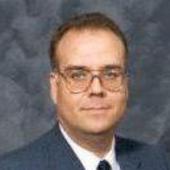