Yesterday I was finally able to go to my very first reBarCamp right here in Austin.  A BarCamp is basically a free, user-generated and organized conference.  So instead of paying a registration fee and showing up to listen to hired speakers, someone steps-up as an organizer, finds sponsors to cover the cost, then attendees come together and some volunteer to speak at/lead sessions while others simply roam around to the sessions and learn.  The idea started in the tech world with a few people just wanting to meet and share ideas and now the real estate industry has it's own BarCamp movement going on.  Here's a link to the central organizing website for real estate BarCamps.

Custom name tags, event t-shirts and door prizes are pretty customary and the sessions are usually close together making the whole event kind of loud and seemingly chaotic.  That's actually normal and by design.  I found the whole thing a pretty refreshing change from the normal highly-produced convention environment.  I was able to catch up with a past client who is now sells insurance, several local realtors I hadn't seen in ages and I met a few people who flew in for the event that prior to I'd only known via Twitter or Facebook.  There were about 150 in attendance for the Austin's first event and it'll most likely grow (I think Phoenix had over 300).  I walked away with several good ideas and I captured my experience in the the photo journal below.  Scroll through the photos and don't miss the comments - that's where I recorded some of the ideas I took away for you.  Thanks to @texasregirl D'Ann Faught for stepping up to bring it all together.  Enjoy the photo story and check the main website for an event coming to your city!

More check-ins at Third Base

Hard to believe that BarCamp is free. There is SO much great information there.

Just mingle and have some fun. 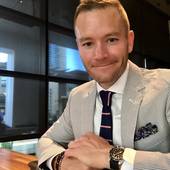