If you have been in the real estate business for any length of time, you'll probably remember that at one point in the history of our industry it wasn't all about credit scores, HVCC, MDIA or RESPA etc.  Similarly, it wasn't about a slew of legislation introduced to combat issues that were issues five years ago.

When I first entered the industry in 1991, probably the single biggest obstacles to home-ownership was debt ratios.  For those of you that are a little less familiar with our clever lender lingo, debt ratios refer to the house payment plus consumer debt in relationship to gross monthly income.  In 1991, the odds were good that a consumer could truly afford more than what they would be approved for by lenders but that lenders were making restrictions based on debt to income ratios.

Fast forward to 2010 and we are beginning to see a return to a more restrictive debt to income ratio environment.  Fannie Mae recently updated their automated underwriting system so that the maximum debt ratio for most consumers will be 45%.  In some cases, this can be exceeded up to 50% but this is going require some factors to offset the risk.

FHA has not yet implemented updated debt ratio guidelines into their automated underwriting system but we are already seeing lenders doing so.  From what I can see in our marketplace, it is becoming more and more common for lenders to limit debt ratios to 45% on FHA transactions as well.  As professionals, it's a good idea for us to start having this dialogue with customers ahead of time.

I have heard so many people in our respective professions making statements about how careless lenders were in the last few years and how consumers were getting loans they couldn't afford or should not have been able to afford.  Now is the time for all of us to support the efforts of lenders that are trying to be more responsible and that are enacting policies that are consistent with this goal.

If you have a transaction that is becoming a challenge because of debt ratios, it's probably a good idea to think of what a payment representing 50% of gross income is really going to look like to a consumer.  Realistically, 50% of pre-tax income is a really high number.  Would you be able to "get by" if your mortgage payment was 50% of your gross income?  In my opinion, few of us would be able to.

Up until just a few years ago looking backwards to 1988 would have meant looking back to a more restrictive lending environment.  Overall, I think that is still true today but our current landscape is beginning to look more and more like it did back in the late 1980s and early 1990s.  In fact, I can actually think of one advantage our counterparts had during that time period that currently we do not:  credit scoring had not yet been introduced to the lending industry.  In 2010, the combination of more restrictive debt ratios AND credit scoring is actually going to make lending more conservative in the near future.

So where's the silver lining?  Well, at some point, the loans we are doing today are going to perform well.  After a few years of loans that perform well, we'll start to see the cycle reverse again.  We may not see stated income, stated asset, stated value, stated sanity loans but we may see some loosening as opposed to what we have seen recently.

Up until that time, it's probably best to break out your Phil Collins vinyl LPs, grab your old Commodore 64 and party, indeed, like it's 1988.

When I first entered the industry in 1991, probably the single biggest obstacles to home-ownership was debt ratios.

I remember those days of 28/36.  We didn't have AUS back then to get any stretching on those #s either.  You were either within those ratios or you were declined.

Yeah I remember that too.  Increased debt ratios was what we got in exchange for credit scores. 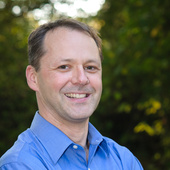