available? I asked if had even seen it yet, he said no - that he would be going to see it in a couple hours. I said we would talk

after he had actually visited the property with his client. He called later to say that he would be going later than he said. He

and would then proceed to show them the home. I arrived an hour later to close up the house for the homeowner and found

that he was still there - had parked in the neighbors driveway while his client parked in the homeowners. Waited for them to leave

(which took forever) then went inside, found all the chairs pulled out from the dining table as if they had been sitting there using

it for an office... and heard not another word from the agent. Thankfully, that type of agent is not the norm in our area....

Probably writing up an offer on the house they just left prior to getting to yours. And if the home owner had Wi-Fi..even better!! Easier to set up the next showings.

Bad form indeed. I am sure he is not the norm and if he continues acting this way will probably not be around much longer...

It was a small I've never heard of them real estate company; he probably thought that if I thought it was going to be a great offer that I would show the house to his clients for him... 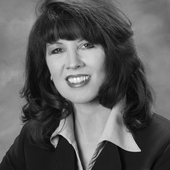