I want to thank you so much for posting this Robert and these photographs make me cry with happiness that we will be with Cherry in the next three weeks! Nu Nu and I have planned a trip to Thailand & Myanmar (Burma) the first week of April 2010 and we just received a very exciting letter in the mail today.

We received a letter from "The National Visa Center" for a interview with Yumi Tanaka (Cherry) to appear April 7th 2010. What are the chances of us planning and already booking flights to Myanmar the first week of April and then receiving a letter that I am suppose to appear in Rangon Myanmar April 7th.

Could this be "The Power" of Activerain or maybe some answered prayers? Many people have read my stories and posts about Immigration and how long we have been waiting for Cherry to come and join us in America.

I have some very special photos for everyone to look at of Cherry, Nu Nu, VB, Nu Nu's mother, brother and other family members ........

All these photographs were taken in Myanmar (Burma) in April of 2008 by: Robert Swetz The photo above is a horse buggy at the temples in Bagan Myanmar. The photo above was taken in Mandalay Myanmar The photo above was taken at "Inlay Lake" in Mandalay Myanmar The photo above was taken at the temples in Bagan Myanmar Congratulations on your exciting news! Love your photos.

Well thank you so much Lynda and your comment came so quick!

Great shots! Hope you have a great day!

Thank you Rick and Rob and I am very excited.

That is fabulous news, Nu Nu!  Wishing you smooth passage.

Hi Nu Nu, I'm glad you are getting this worked out.  I hope you all goes smoothly and you will remain in our prayers.

Thanks for commenting and your prayers Dan.

Nu Nu I hope the end of this separation is near.  I'm looking forward to hearing about your upcoming trip.

She is a doll! Great pictures I too hope you get to be together soon! 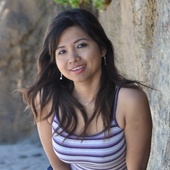