Single-Family Property Values increase for the 7th straight month in the Dayton Market! The Dayton Area Board of Realtors market statistics show things are looking up! Experts from all aspects of the economy are saying that the recovery is well underway and in most areas in the country prices have bottomed out or have turned positive.

Although nationally we have seen the harsh weather slow sales for January and February, I, for one, am looking forward to a steady improvement in the housing market in the spring and summer. 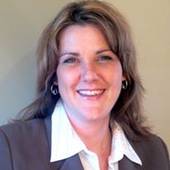