RE:                 Governor's Budget Bill calls for imposing a recording tax on mortgages for the purchase of individual co-op units.

This part of the Governor's Budget Bill is calling for a recording tax on mortgages that are involved in the purchases of individual co-op units. The proposal will wreak financial havoc on a portion of the housing market that is already troubled.

The co-op housing market is now, and has been for several years, the only affordable, entry-level ownership of housing available to those who cannot afford the inflation of the single-family home market.

This proposed portion of the Governor's Budget would mean a significant economic burden would be imposed on every purchaser. Conversely, those shareholders wishing to sell their units would be detrimentally affected by this increase in cost to prospective buyers. Pricing prospective buyers out of the co-op housing market would not serve in anyone's interest, including the co-op associations themselves!

PLEASE PHONE YOUR STATE LEGISLATORS! A LIST OF THOSE LEGISLATORS IS ATTACHED! THANK YOU FOR YOUR ASSISTANCE ON THIS IMPORTANT ISSUE! 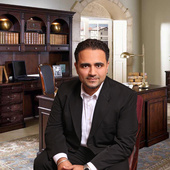