"Fans bundled up against subzero temperatures cheered the 39-year-old throat cancer survivor as his team coasted up the main street of this old Gold Rush town. For winning, Mackey gets a new Dodge truck and $50,400. He finished the race in eight days, 23 hours and 59 minutes.

The Iditarod kicked off March 6 with a ceremonial start in Anchorage. That was followed by the competitive start the following day in Willow when 71 teams took to the Iditarod trail and headed to Nome."

It is THE big event at the end of winter, and Alaskans follow the progress of the sled-dog teams eagerly in newspaper and the Evening News on TV. 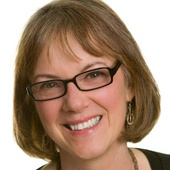