Last week we started having problems with our tankless water heater.

It was leaking (slowly) but still heating water.

The company said that they would send parts.

They did send parts but not ALL the parts needed.

"We will send the parts," they promised.

We turn it off and only turn it on as needed.

No part on Monday.

We call and ask for the tracking number.

The employee who had the tracking number was in "conference"

When we called the company we just got recordings and no return calls.

I had had enough.

them by the end of the day today I was going to TWEET it.

We got two phone calls, the tracking number and surprise, surprise

after assurances last week that it was on the way.

I am curious what a tweet will do that scared the company.

I was going to Tweet about the bad service I received from the company.

Haven't you heard about people tweeting and getting jobs?

Well, this is the reverse I guess.

Companies large and small are beginning to respect, if not fear, the power of social networking, blogging, and amateur video via YouTube. By way of example, Google "United Breaks Guitars" sometime.

Good for you. A little leverage in the customers corner is not a bad thing.

Too funny, and great story!  You must have a strong following or you put on a great bluff!

I sincerely wish I had a better understanding on how to Tweet.  It must be my age or lack of technical experience and knowledge.  It all seems like a foreign language.  I want to learn all of this because this is the sign of the times.  I feel like the turtle in the race with the hare.  Eventually I will win.  Best wishes.

That is a very interesting story and a good example of how powerful a tweet can be.  Thanks for sharing. 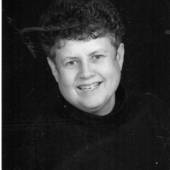