The Hampton Theatre Company has been a cultural icon in the Greater Westhampton and Quogue Communities for over 25 years. Each year between September and June, this local company produces on average four quality stage performances and has produced over 75 productions of a variety of genres - dramatic, comic, contemporary and classic - utilizing the talents of the greater local communities. All Hampton Theatre Company productions these days take place at the Quogue Community Hall on Jessup Avenue adjacent to the Incorporate Village of Quogue administrative offices. The company has developed a superb reputation on the East End of Long Island as the top rated local theatre company in the Hamptons. The Hampton Theatre Company is a not-for-profit organization run by Executive Director Sarah Hunnewell that brings audiences the best productions possible to this local vibrant community theatre. The 25th anniversary 2009-2010 Season has already featured the plays "Picnic" and "Mauritius" with "One Flew Over the Cuckoo's Nest" opening in the coming week. The final production of this anniversary season is "Bedroom Farce" which was performed in the first year that the Hampton Theatre Company existed in the 1985-86 season. Twelve performances per show usually range over a three week period with a single show from Thursday through Sunday.

For complete information on The Hampton Theatre Company, past and future performances and volunteer opportunities OR if you would like to try out your thesbian capabilities, please visit their web site at: http://www.hamptontheatre.org 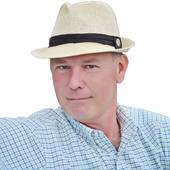