Americans Pare Down Debt from WSJ

•-          U.S consumer are shedding debt at the fastest rate in more than six decades, largely through a wave of defaults, but could also help clear the way for a stronger recovery

•-          Defaults are leaving many people with more cash to spend and save, jump-starting the financial "deleveraging" that economist see crucial to robust growth.  Investors and banks wrote off more than $200B in mortgage debt alone in 2009.

•-          "The speed of the adjustment is lightning fast because it's happening through debt destruction.  It puts us closer to the point where the consumer can start making a stronger contribution to recovery" said Joseph Carson of AllianceBernstein in New York.

•-          U.S consumers, whose purchases account for about 1/5 of global activity, have so far made only a meager contribution to the recovery, choosing to take more of their money to the bank and less to the mall.

Sometimes blessings come from scary places. Will be interesting to see where we are next year this time to see if things have improved.

I'm all for paring down debt. But if it is because of defaults, I don't see how that will speed a true recovery. It will only get us right back where we started from. 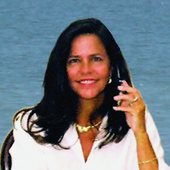