now is the time to update those exterior photographs.

A front shot of your listing covered in snow looks a little silly about now(at least in Northeast Ohio).  What a great way to show your client you are still actively marketing their property by sending your photographer out for a mini photo shoot of the exterior.

I spent about 2 hours driving around the other day doing just that.  I was able to update 7 of my clients' listings.  This is usually included in my packages for homes over 4,000SF  but this year it was such a beautiful day I did some smaller homes as a courtesy.

If you are not using a professional, there are a few things to keep in mind...

Direction the home is facing - Think about the time of day you will be there, it's very difficult to shoot facing into the sun.  I had one home that was a direct East/West facing home and had to make two trips but it was well worth it since it was a beautiful sky.

Cloudy Days - can actually make for a very nice photo since there will be no harsh shadows but you need to learn how to "replace" that dull sky for a nicer one.  That doesn't necessarily mean it has be all blue, a few clouds can add interest.

Watch the Yellows - A little adjustment in "Hue/Saturation" to take some of the yellow cast out of grasses and evergreens from the sunlight really helps the photo pop.

Try Something New - Shoot from a different angle or get up on a ladder, a higher vantage point can be pleasing.  Try for a twilight shot, remember to turn on the exterior and interior lights, and use a tripod. Here's a little adjustment to correct the yellow cast caused by the morning sun... All excellent points!  I'm going out to re-shoot all my snow covered photo houses this weekend.

Anna, I've seen some snow photos in July on our MLS in the past. Thanks for the reminder and the photo tips.

Great reminder Anna, I have a couple of listings that I need to update myself!

What a big difference. Thanks for the pointers, Anna!

I'm soo glad there is no more snow anywhere to be found.  I thought it would take until May to disappear but fortunately that's not the case.

very impressive.  Little touches like that make such an impact. :-)

Great points!  It's amazing what a difference a photo change can make when the seasons change!

What a difference a little snow can make. 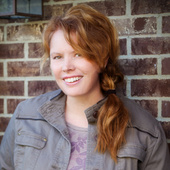