This past week I had a great opportunity to meet with, and listen to some of the big brains of internet lead generation.

Let's paint a profile of the internet consumer.  Joey Cyberspace uses the internet for most of his purchases.  Joey decides Monday night is going to be Pizza night at the Cyberspace family home.  How does he buy his pizza?  He goes to his lap top or smart phone and places his order on-line.  Thirty to forty five minutes later the door bell rings and the Cyberspace Family is enjoying a piping hot pizza with topping so fresh it seems like the peppers were picked while the pie was being delivered.

That night while doing the laundry Joey notices the tighty whiteys aren't aging very well, and figures it's time to give boxers a shot.  So Joey logs on to the trusty lap top and starts looking for Boxers.  He thinks to himself Awesome good ole JC Penny is having a sale.  He promptly orders the familiar 3 pack, and before check out a pop up comes up and says, do you want to be notified of sales and other company news?  Joey says sure and files out the form.  Three days later Joey's mother would be proud, if he gets in a wreck the EMT's will know he is wearing brand new clean underwear.

Now you are thinking, what the heck does Pizza & Underwear have to do with buying a home?  Pay attention to the two transactions.  Both simple in nature, both at some time during the transaction required some sort of registration, the Pizza Shop needed to know where to send the pizza, and JCP asked him to sign up to receive additional information.  Both transactions where accomplished with no intrusive phone calls.  No contact with the merchant.  Joey accomplished his goals, first having Pizza Night, and second making his mother proud that he is wearing clean undies.

Can anything be learned about the internet consumer from the two examples mentioned above?  Maybe.  Internet consumers make a consciences decision not to call a real estate office or agent, that is an unarguable fact.  However most agents and a lot of office policies, would jump on the phone and give Joey a call.  Joey has indirectly said "Don't Call Me Turbo!  I will let you know when I want to speak with you."  Internet lead generation is no longer cutting edge.   Years of data now exists and we now better understand the internet consumer.  Internet consumers will give us clues as to how they want to communicate with you.

Observation is the key to understanding the internet buyer.  Drip campaigns, the let me show you homes call within 15 minutes of the registration, and emailing more properties unsolicited are turn offs and only add to the image problem associated with the industry.  As we prepare for opening day we need to take a hitters approach to the internet consumer.  Observe, get comfortable in the box, be patient, the right pitch will come, and when it does, that is when we swing.

Until then Relax Turbo! 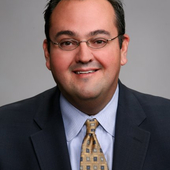