Let's hope this is true.  We're having better luck with local commerical lenders who want to drive by the property before lending on it.

For the first time in two years, commercial real estate investors are expressing a renewed sense of optimism about the future. Based on their responses to a quarterly survey conducted by PricewaterhouseCoopers, investorsbelieve the worst has passed and a commercial real estate recovery is on the horizon, although they acknowledge that challenges do still exist.

“Following the onset of the recession and the credit crisis, underlying fundamentals were deteriorating and overall cap rates were expanding simultaneously and quickly, causing values to plummet,” said Susan Smith, director, real estate advisory practice, PricewaterhouseCoopers, and editor-in-chief of the survey. “The worst seems to be over, according to survey participants, as investors suggest that the bottom is near, if not here, particularly for better-positioned markets and assets.”

Based on the findings of the first quarter 2010 PricewaterhouseCoopers’ Korpacz Real Estate Investor Survey released this week, investors believe that owners and lenders are finally coming to grips with what assets are truly worth. As a result, the report finds that while 2010 is expected to be a slow year for sales activity by historical comparison, there could be marked improvement from 2009, as banks appear more willing to lend even though underwriting will remain extremely conservative and more equity will be required to secure debt.

“There is a tremendous amount of capital seeking real estate opportunities, and now is still a great time to buy,” Smith said. “Many investors in our survey still anticipate

incurable deleveraging issues on the part of both lenders and owners to provide opportunities to acquire quality assets at below-peak pricing, and there’s strong competition among buyers for such deals, as investors indicate increasing activity with both the number of bids and good offers.”

According to the report, looming debt maturities remain a top-of-mind issue among surveyed investors, who believe the out-of-balance loans coming due over the near term will present major hurdles for owners and lenders. Smith says that while the industry is looking to lenders and special servicers of commercial mortgage-backed securities (CMBS) to provide forced sales, some investors believe that more distressed selling will likely come from borrowers, who are more comfortable with where the market is now and will accept a loss in order to move on.

Surveyed investors anticipate vacancy rates to continue to increase in the coming year but not as steeply as the prior year. In addition, they foresee rental rates continuing to decline in most markets, but to lesser degrees, as property visits and tenant interest show slight improvements across the country.

As weak tenant demand lingers, investors surveyed indicate an increasing need to offer prospective tenants free rent during lease negotiations. Overall, just over 91 percent of surveyed investors reported the use of free rent. Last year, this survey figure was 84 percent. Office markets where survey investors report the highest levels of free rent over an average seven-year term include Phoenix (up to 24 months), Atlanta and Chicago (up to 18 months), and Dallas (up to 15 months). Lower levels are noted for San Diego (up to 6 months) and Los Angeles and Denver (up to 7 months).

Investors are expecting the apartment sector to continue to lead the recovery as value losses have been almost fully recognized, and some multifamily assets are actually showing slight value increases.

The warehouse sector remains weak, according to survey participants, due to an overall lack of demand for goods, while the office and retail sectors continue to struggle as both economy and employment challenges persist.

Add me as a Friend on Facebook Paul M. Roesch I hope so!  Commercial real estate has been very slow everywhere.  Thanks for sharing.

FOr so long, commercial real esate in my old market was strong while other areas were falling apart. That would make for a short crisis for sure.

Hi Geoff-  We see signs of recovery everywhere in Naples. Both residential and commercial sales took a huge hit..now more than a 4-year period...but life is good and the past is the past. 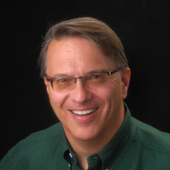 Real Estate Sales and Marketing almost 12 years ago
bookmark_borderbookmark
Why you SHOULD refer out a buyer or seller if it i...
View more Recent Posts   arrow_forwards