Every year, Telemundo/KSTS-TV 48 and its sponsors recognize outstanding Bay Area Latino entrepreneurs at the Annual Business Salute. The gala event focuses on Hispanic owned businesses and their contributions to the Latino community by presenting a series of television vignettes that feature each honoree's life experiences and their successes.

The Hispanic Chamber of Commerce of Contra Costa ( http://www.h5c.org )  is proud to present Tirso De Ubago, cio of Castle Rock Inspection Services, Inc. ( http://www.CastlerockInspections.com )  as the Hall of Fame Member for 2009 and Honoree of the Hispanic Business Salute for 2010.  click here to view the video http://www.castlerockinspections.com/HBS_Tirso_de_Ubago.wmv

Guest of Honor: José M. Hernández, NASA ASTRONAUT
Telemundo/KSTS-TV48's speaker at this year's Hispanic Business Salute will be Mr. José Hernández. José was born in French Camp, California on August 7, 1962. Mr. Hernández was born from a very humble family that was dedicated to work on the different California farm fields. His parents were Mexican migrant workers who worked in the fields seven days a week. Mr. Hernández spent most of his early years moving from field to field were he would work alongside his family during the summer and back to Mexico for school.

For the Hernández family, education was very important. José and his three siblings all attended college. It was Franklin Chang-Díaz, NASA's first Hispanic astronaut, who inspired Hernández to follow his dreams. By 1984,
Hernández graduated with a bachelor's degree in electrical engineering from University of the Pacific and MSC Electrical & Computer Engineering and a master's degree from University of California-Santa Barbara. In 2004,
his dreams became a reality when he was selected to be part of NASA to complete the Space Shuttle Program.

On August 29, 2009, Hernández realized his lifetime dream to orbit into space on the STS-128 Discovery, NASA's 128th shuttle mission and the 30th mission to the International Space Station, along with six other crew
mates. While in orbit, Hernández became the first person to use the Spanish language in space on Twitter. He also became the ninth Hispanic to venture into space and the third with Mexican ancestry. The STS-128 mission
ended its 13 day journey on September 11, 2009 at the Edwards Air Force Base, California. Hernandez is also well known for giving back to his community and in December 2005, he created a non-profit organization called Reaching for the Stars. Hernandez aims to ensure the opportunities for children to pursue their educational and professional goals.

The Hispanic Business Salute will take place on March 26, 2010 at the Four Seasons Hotel in San Francisco and will honor ten Bay Area Latino Entrepreneurs. The honorees were nominated and selected by a committee
of eighteen Northern California Hispanic Chambers of Commerce from the Greater Bay Area Counties and Telemundo Channel 48.

As part of the event, each year the sponsors award scholarships to Latino students from throughout the Bay Area. This year, the Hispanic Scholarship Fund joins Hispanic Business Salute by providing the selection of ten
university freshmen as scholarship recipients. Sponsors will distribute $20,000 in scholarships. To date, Telemundo and its sponsors have awarded more than $375,000 in scholarships.

Telemundo, a U.S. Spanish-language television network, is the essential entertainment, news and sports source for Hispanics. Broadcasting
unique national and local programming for the fastest growing segment of the U.S. population, Telemundo reaches 91% of U.S. Hispanic
viewers through its 15 owned and operated stations, more than 32 broadcast affiliates with distribution to more than 450 cable systems in
118 markets. Telemundo is wholly-owned by GE (NYSE:GE) and is managed by NBC, the nation's leading broadcast network. 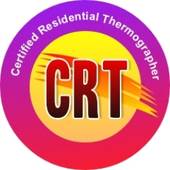 Walnut Creek CA - Tirso De Ubago – Chief Inspection Officer for Castle Rock Inspection Services, Inc., I pleased to announce that Castle Rock Home Inspections is offering Thermal Imaging Inspections with their Home Inspection Service. Sept 4, 2010 – Thermal Infrared Inspection Survey can quickly identify problem areas that cannot be seen by the naked eye - eliminating destructive probing methods. Our infrared survey inspection will pinpoint not only hidden water leaks, current moisture damage but also energy leaks and electrical "hot spots”, which reveal hidden problems that often cannot be detected in the course of a traditional visual inspection. In today’s market conditions were foreclosed and short sale transactions do not disclose the conditions of the property, an extended home inspection with thermal imaging inspection can have home buyers make an informed decision on the condition of the property prior the purchase. De Ubago is a member good standing with ( ASHI ) American Society of Home Inspectors and ( CREIA ) California Real Estate Inspection Association and is also a FHA ( 203K ) Certified Compliant Inspector. Castle Rock Inspections is based in Walnut Creek and also inspects Condos, Pools, Commercial Properties and services the entire San Francisco Bay Area Contact Tirso De Ubago,cio at for Castle Rock Inspection Services, Inc., 1-800-995-8242 or 925.518.1124 and tirso@castlerockinspections.com or visit: http://www.castlerockinspections.com