Please remember I am not calling you a socialist, just informing you that your views are, by definition, socialist.

1 : any of various economic and political theories advocating collective or governmental ownership and administration of the means of production and distribution of goods and services
2 a : a system of society or group living in which there is no private property b : a system or condition of society in which the means of production are owned and controlled by the state
3 : a stage of society in Marxist theory transitional between capitalism and communism and distinguished by unequal distribution of goods and pay according to work done.

You are a SOCIALIST if -

1) You think that the more money you make the higher the rate of tax. See definition #3!

2) You think that the Government should run Healthcare vs the Private Sector. See definition #1

Please feel free to add your own!

Tags:
youre a socialist do you even know it

The sooner these government bozos stop meddling in our economy and life the better off we will all be.  But wait! Uncle Sam has worked hard over the years to grow  an entire culture who sits and waits for handouts. How about this-- all the peasant working class (non government workers) stops contributing to the tax base. How long before the system would collapse without our support?

Very quickly Barb! In fact Ive stated that we have created an economy that is dependant upon the pucrhasing power of the welfare state for a large percentage of its monetary input. Especially retail, music, clothing, and cars. You and I would save alot of that money, thereby removing it from the economy. 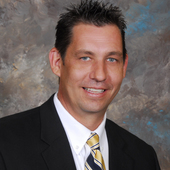