The town is named after Mt.Diablo it stands alone on the edge of Califonia's Great Central Valley. The Coast Range at this point consists only of low hills so the view is spectacular. Look to the west, beyond the Golden Gate Bridge, you see the Farallon Islands; south-east to the James Lick Observatory on Mount Hamilton at 4,213 feet elevation; south to Mount Loma Prieta in the Santa Cruz Mountains at 3,791 feet elevation, north to Mount Saint Helena in the Coast Range at 4,344 feet elevation, and still farther north to Mount Lassen in the Cascades at 10,466 feet. North and east of Mount Diablo the San Joaquin and Sacramento Rivers meet to form the twisting waterways of the Delta. To the east beyond Califomia's great central valley is the crest of the Sierra Nevada

Mt. Diablo Country Club The Club's 128 acres were originally part of the 6,000-acre Oakwood Park Stock Farm that stretched from Green Valley Road to the top of Mt. Diablo and included what is now the Blackhawk area.In 1914, Robert Burgess converted the farm into Mt. Diablo Country Club as an incentive for people to buy lots of summer homes. He built the Chalet in 1916 as a 39-room inn for members and their guests. An overhead passageway connected the Chalet to the Clubhouse which is now a private residence at 1925 Alameda Diablo. Up the hill, where our present Clubhouse now stands, was a pool hall. It also served as a gambling casino, Movie Theater and dressing rooms for the swimming pool. The pool dates from the Roaring '20s, when it was called "The Plunge". A new, larger state of the art pool opened in May 2002.

There are 15 active listings in Diablo today

Beautiful lagoon pool with 49 palms and lovely gardens adorn this One of a Kind Country Estate. This is the perfect home for elegant entertaining and casual relaxation- California Style!  Listed for $2,095,000. 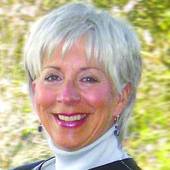