Today in our local paper, the Cumberland Times News, was the regional update associated with real estate.  I couldn't help but read some of the promotional articles that the real estate companies in our area put into this supplement.

The first to catch my eye was one of the "Agent Mill"  companies.  Throughout their article they claimed to be the number one company associated with days on market of their listings.  Of course I know that data is easily manipulated to make it say whatever the writer wants or considers relevant.  Well, I decided to do a little research of my own just to check the accuracy.  I researched the top four producing companies in our area and through that research I found that this company was actually 3rd in the actual days on market for not only their listings that sold but of all listings that the company had over the past year to included withdrawn and expired listings of our entire market area.  Turns out that the number one company's average days on market was nearly half of the "Agent Mill" company.  Of course, this is only based on the information that I researched and maybe their researchers found a way to manipulate the data, say maybe they only researched listings that sold after they removed them from the MLS and resubmitted them to reduce the actual days on market.

The second article I read was that of a national chain who claimed to be the top producing real estate office in the state for that company.  They just forgot to put in the part about only as compared to other independently owned, single office franchisees in the state which makes them only competing with three or four other offices throughout the state, all of which are smaller offices than this one.

Whatever happened to the Truth in Advertising Laws?  This stuff drives me crazy.  Consumers don't know any better than to believe what they read.  Every week in the paper I see an article by an agent from one of these companies beaming about how great of an agent they are and they are in the top 1% of all agents is the state.  Wake Up Call!  when you sell five houses and barely have a million dollars in volume you are not one of the top agents in the state, you aren't even one of the top agents in our area.  Stop trying to pretend to be something you are not!  Tell the truth, do your job and you will be successful.  It is up to us as agents to create and maintain a good public image, claiming to be something you are not does nothing to help.

Donny, this stuff makes me crazy, too.  And I'm sure these same agents will do a great job of gaming any rating system that NAR, Zillow or Trulia can come up with. 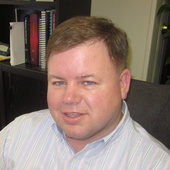