Buying a home is one of the biggest decisions an individual can make. So it's understandable that one considering a home purchase may take their time to avoid rushing into such a large financial commitment. However, several factors might leave prospective home buyers who don't purchase a property now wishing they had taken action sooner.

"Current market conditions have created a perfect storm of sorts that has made it an ideal time to purchase for first-time and trade-up buyers alike," said James M. Weichert, president and founder of Weichert, Realtors. "Those who have the means and the desire to buy now but don't, aren't likely to see such a great opportunity again anytime soon."

Specifically, Weichert offered three reasons why those who aren't under contract to purchase a new home by April 30, 2010 might regret it.

1. They won't receive a sizeable amount of money from Uncle Sam.

For the past two years, the federal government has offered a home buyer tax credit to help stimulate the economy. But that financial incentive is set to expire soon. First-time buyers who aren't under contract to purchase a home by April 30, 2010 will leave the $8,000 that is available to them through the tax credit on the table. Meanwhile, repeat buyers will miss out on the opportunity to collect up to $6,500 from the government.

2. They might not lock-in on the historically-low interest rates.

Thanks to measures taken by the Federal Reserve including the purchasing of mortgage-backed securities, interest rates have remained historically-low for several years. With the economy beginning to show signs of recovery, it is widely believed that the government will soon put an end to these stimulus efforts.

If that happens, many economists believe we will begin to see a sharp increase in interest rates which could result in a much higher monthly payment for those who wait. For example, an interest rate increase of 1% on a 30-year fixed mortgage of $300,000 could cost a buyer $188 more a month or $67,000 more over the span of the entire loan.

3. They might miss out on record home price affordability.

Home price affordability is at its most optimal level in decades. As a result, those who wait to buy will likely pay more for the home they purchase than what that same home would cost right now. In fact, home prices have already begun to rise slightly in some markets. Instead of getting a better bargain, waiting to buy a home might net buyers a higher purchase price, less appreciation and less house for their buck.

"There is no time to waste for anyone who wants to take advantage of this great buying opportunity. Particularly for those who have a home to sell first," added Weichert. "If you are prone to saying ‘what if' and wondering what could have been, you will thank yourself down the road for buying now."

All three are good reasons.    Another one might be a 'preservation of capital' move, as the debasement of currency, on a global basis, seems to be continuing. 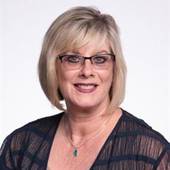