After months of criticism that it hasn't done enough to prevent foreclosures, the Obama administration is announcing a plan to reduce the amount some troubled borrowers owe on their home loans. The effort would allow people who owe more on their mortgages than their properties are worth get new loans backed by the Federal Housing Administration, a government agency that insures home loans against default.

This proposal would be funded by $14 billion from the administration's existing $75 billion foreclosure-prevention program. In addition, the homeowner's existing mortgage company can get incentives to lower the principal balances on underwater loans. The program also includes assistance to help unemployed homeowners keep paying their mortgages.

Here's how it would work...Under the plan, lenders would grant three months forbearance to homeowners who are out of work, according to two administration officials. To help borrowers who have been hurt by falling home prices, the government also will require mortgage servicers to consider cutting a loan's principal if it is up to 15% more than the home is worth, officials said. The principal would be reduced over three years as long as the borrower stays current on payments. In addition, servicers will get more incentives - double the amount the government now pays to lenders - if they reduce the unpaid balance of second loans.

The changes reflect a new attack by the Obama administration to address the foreclosure crisis, which at first was driven by subprime mortgages going delinquent, and now is being fueled by unemployment. The current program provides modified mortgages to homeowners who show proof of income. "The cost is going to depend on the participation rate. In terms of the cost to taxpayers, the cost of not doing something is greater than doing something," says Scott Talbott, senior vice president for government affairs at the Financial Services Roundtable. "Up to now, there was no government program to help the unemployed, and that was the biggest problem."

The current federal program, known as the Home Affordable Modification Program (HAMP), is aimed at helping up to 4 million Americans avoid foreclosure. So far, about 170,000 homeowners have been granted permanent modifications with lower monthly payments through the plan.

Also Thursday, the Treasury Department announced new measures that buy time for some borrowers to avoid losing their homes to foreclosure. Lenders soon will be unable to start foreclosures unless they've determined borrowers aren't eligible for a modification.

Other changes announced Thursday will provide other protections for troubled homeowners. They include:

•Ensuring servicers intervene once two or more mortgage payments are missed and actively solicit borrowers for the federal program.

•Setting a 30-day deadline for lenders to decide applications for trial modifications.

•Requiring servicers to consider borrowers who file for bankruptcy-court protection for the HAMP program if the borrower, their lawyer or bankruptcy trustee make a request.

The four big holders of second mortgages -Citigroup, Bank of America , Wells Fargo and JPMorgan Chase - have now joined the government's program to modify second mortgages. That program was delayed for months but with Citi on board, the major players in the industry are now participating.

Critics have complained that the Obama administration has done little until now to encourage banks to cut borrowers' principal balances on their primary loans. Nearly one in every three homeowners with a mortgage are "under water" - they owe more than their property is worth - according to Moody's Economy.com. 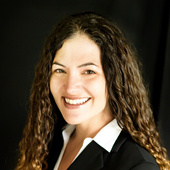 Meet my team and learn the latest on what's happening in our neck of the woods!