Today we get our first glimpse at what the true cost of the Health Care Reform bill will actually cost America. This morning AT&T gave us the first Billion Dollar Red Flag.  According to their filing with the SEC, AT&T will take a $1 Billion dollar non-cash charge expense recorded against their first quarter 2010 earnings.  So much for the Obama administration's claim that health care reform would have no direct costs until 2014!  "AT&T Inc. ("AT&T") intends to take a non-cash charge of approximately $1 billion in the first quarter of 2010 to reflect the impact of this change.  As a result of this legislation, including the additional tax burden, AT&T will be evaluating prospective changes to the active and retiree health care benefits offered by the company." http://www.sec.gov/Archives/edgar/data/732717/000073271710000017/filing8k.htm   Earlier, both Caterpillar, and John Deere Corp made similar moves, but they were ONLY $100 Million, and $150 Million respectively.

So just what does this mean?  Well, Stock price values come primarily from Earnings Per Share (EPS), and for AT&T this is approximately an 8% hit, Caterpillar 11%, and John Deere would be roughly 16%.  This tells us that major corporations will all need to be taking similar charges (SEC rules Require these charges be posted as soon as a company is aware of them) which means that all of their stock prices are now overvalued by whatever portion of their earnings these represent.  Guess which way stocks should be headed over the next few days/weeks?

So if this is happening now because of changes to RETIREE benefits, what do you suppose will happen when the corporations begin "evaluating prospective changes to the active" workers?  I'm sure glad this is going to be DEFICIT NEUTRAL to America!

One more thing, 4th quarter GDP was revised lower today, and the latest economic forecasts project lower growth ahead which means less tax revenue.  These charges decrease profits further so we will get the double whammy of lower production, with lower profits resulting in Lower Tax Revenue to help fund our Increasing Deficit.

Enough is enough wouldn't you say. We don't need any politicians, get rid of em all including all government trough eaters and let us just fend for ourselves. Anyone who thinks one of these bastards, Democrat or Republican is representing or taking care of them is either on welfare, works for the government or has their head so far up their ass they can't see the dirt being shoveled on top of em.

The cost is going to be more than money...  And everyone knows that the CBO numbers were pure fiction.  It isn't their fault, they have to play along, by law.  And the costs to businesses will be in the hundreds of billions... and the costs to individuals will also be immense, as companies suspend hiring for longer than they normally would while they try to wrap their accountants around this thing.

So if AT&T reduces the benefits to it's retirees, many may be forced to use Medicaid or Medicare, adding more to programs that are already going to see cuts.  Every business is going to do the same, only because in reality, they own the government and the Obama administration has given them an out as it pertains to their obligations.  i want to see the true "cost" to big business for health care, I bet after tax breaks, incentives, etc... they will offload most costs to their employees and the government.

I have attended many functions with small/medium business owners over the past year...this healthcare bill has tabled the growth of many businessess...waiting for the outcome.  Several Doctors have said that they will leave their practice and have been laying the ground work to do so.  So more businesses will be closing their doors; more unemployment and fewer doctors..............

...we have let our great country and all the opportunity that it stood for, slip into the hands of a dictatorship....it is a sad day when Fidel Castro is congratulating our current "President" on a job well done...

does one need to say more?

Ron - additionally it will cost the states billions. Arizona is estimating a minimum of an additional $3.8 billion in costs over the next three years. This will result in higher taxes at the local level to pay for the medicare mandates that are being imposed upon the states. It will also cost jobs at the state level. As more money has to be diverted to cover these federally imposed costs, there is less money for roads, etc.

Charles - I agree, Enough is Enough!  I'm hoping the TEA party movement continues to gains strength, and we see a massive change (70% is my dream #) across the board.  One thing many on the liberal side do not want to admit to is that fully 35% of those attending TEA parties state they are Democrats.  There is no Party line on personal fiscal responsibility.

Georgia - Thank you for putting all the zeroes in your comment. One thing that might help wake people up is if we start putting the numbers out in their correct mathematical format.  When most people hear a term like Million, Billion, or Trillion there is no personal frame of reference for them to gain a real understanding which makes the reality something appearing not to effect them personally.

Lane - Agreed.  This is a downward spiral that will only gain momentum, and if painful changes are not implemented soon, we may not ever be able to overcome the problem.  This is like having gangrene, and not wanting to cut off the effected limb.  Eventually, it will kill you.

Dale - The Obama administration addressed this by saying they "were merely closing a loophole" that allowed business' to double dip the government for tax write-offs.  I think your assessment is closer to the truth.  I made a recent comment using the term Socialism, and was taken to task over it because the foreign government iw as speaking of did not own the majority of business, or even really any major ones.  My answer was, what difference does it make if the government owns the business, or the business' own the government?  Either way, the same people are really calling the shots.

Donna - There is a link to a survey in an article appearing in the New England Journal of Medicine showing that with the passage of Health Care Reform, nearly one third of Doctors will want to leave their practices. http://www.nejmjobs.org/rpt/physician-survey-health-reform-impact.aspx

So what we are left with is a government entitlement program that will require more doctors in order to cover the newly created patients from a decreasing pool of available servers that will be funded by increased taxes on a shrinking tax base.

If you think this adds up to a catch 22, you are correct, and the result is a massive understatement of the hit to our national deficit.

Mike -  I agree.  I didn't even want to bring up the problems being faced by the individual State's regarding budget shortfalls, and the amount of spending done by them on programs for insuring those "who cannot afford" health care.  I believe these costs were not counted under the CBO analysis because they were not Federal costs.  Now that the State's can dump these costs on the Federal doorstep, you know they will not hesitate.  Just another Unintended Consequence. 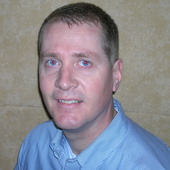 over 12 years ago
bookmark_border
Where do Interest Rates have left to go?
View more Recent Posts   arrow_forwards

The views, and opinions expressed here represent the personal views, and opinions of Ron Brown. They are not necessarily the views of First Mortgage Company, and should not be construed as being so. They are for informative purposes only, and any persons reading them are encouraged to research there current relevance, and timeliness before taking any action.