Newark, NJ - Artists who have always dreamed of performing at NJPAC, or for a crowd of up to 3,000, have the opportunity to do so at the New Jersey Performing Arts Center (NJPAC) this summer. Sounds of the City, NJPAC's highly anticipated free outdoor summer music series, is seeking musicians to perform as part of its summer 2010 series of concerts in Theater Square, NJPAC's public plaza, on ten Thursday evenings beginning June 24. Offering the most diverse music anywhere in the state, the series brings thousands of people nightly and over 30 groups of musicians to downtown Newark.

Three groups are featured per evening, each performing one 30-60 minute set. A modest honorarium is awarded to each group that is chosen to perform. Artists are also given the opportunity to present and sell CDs and tapes and promote other upcoming area performances.

The NJPAC's Sounds of the City committee is currently canvassing the area's clubs and live music venues looking for groups for the twelfth installment of the annual series. Musicians are required to submit an entry form along with a CD, DVD or cassette demo with basic biographical information and a hi-resolution photograph of the band no later than April 30, 2010. NJPAC's Sounds of the City committee members review each submissions and groups are notified if they will have a chance to showcase their music by May 14, 2010. Groups are selected based on a combination of artistic integrity and NJPAC's desire to represent a variety of music.

New Jersey Performing Arts Center (NJPAC), located in downtown Newark, New Jersey, is the sixth largest performing arts center in the United States. As New Jersey's Town Square, NJPAC brings diverse communities together, providing access to all and showcasing the State's and the world's best artists while acting as a leading catalyst in the revitalization of its home city. Through its extensive Arts Education programs, NJPAC is shaping the next generation of artists and arts enthusiasts. NJPAC has attracted over 6 million visitors (more than one million children) since opening its doors in 1997, and nurtures meaningful and lasting relationships with each of its constituents. Visit www.njpac.org for more information. 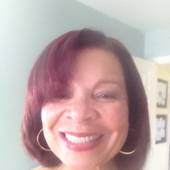 ActiveRain Community over 7 years ago
bookmark_border
WHEN AND HOW TO PULL THE CORD ON AN OVERPRICED LIS ...
View more Recent Posts   arrow_forwards