The Haven's as some call it offers quite a variety of homes to purchase.  You can own a home for as little as $150,000 to over $3,000,000 or rent from $$800 to over $3,000/month.  The "Havens" are made up of the major city New Haven, Connecticut where such pulls are Yale University, Yale New Haven Hospital and St. Raphael's Hospital.  Which brings on the academic professionals, students, research, and doctors and residents.  The suburbs consist of East Haven and West Haven both along the shore and North Haven which is just that North of New Haven.  There are other collages and university's, University of New Haven located in West Haven, Quinnipiac University now spread out in Hamden and North Haven, which draw people from all over the world, Gateway Community Collage, Albertus Magnus, Southern Connecticut Collage all located in New Haven.

What I love about living here is the diverse activities that are provided living in such a place.  There is the theater which consists of the Shubert, Long Wharf Theater and Yale Repretory Theatre where yale students are the actors, located in New Haven, the Chevrolet Theater in Wallingford, CT which draws top performers, museums such as the Peabody Museum, the British Art Museum and the Knights of Columbus Museum and may I also add the restaurants which expose us to authentic cuisine from people and cultures around the world. There are so many restaurants it is hard to eat at them all and some offer location like on the water, on top of a hotel,  down home food and some have ambiance and presentation and some you have to wait in line for an hour...but oh so worth it.

Then there are sports, Quinnipiac University is now boosting the all new TD BankNorth Center which has its own hockey ring and basketball court.  They also open it up to many of the local Chamber of Commerces to host their after hour events which is always a great way to get together then see a game.  Yale offers the public to come out to their games at their newly renovated hockey ring and they also boost Yale Football, always a favorite in this community at the Yale Bowl in the fall with their new head coach Tom Williams.

We are under 2 hours to New York City by train and Providence, RI, with the train station located in New Haven, we have I-91 beginning in New Haven and traveling to Canada for vacationing along Massachusetts, Vermont, New Hampshire and Maine; we have I-95 which ventures to New York going south and going East to Rhode Island and Cape Cod; there are ferries to Long Island and Block Island; and we also have the Merrit Parkway for a scenic ride into New York.

I love helping people when they are relocating into this area  because there are so many nice places to live in every price range and so many things to do that I like to inform them about.  I have been lucky to have helped and meet so many that have enriched me by meeting them and their families from all around the world and I look forward to continuing in this part of the world.

New Haven Ct is a very nice area to live in. 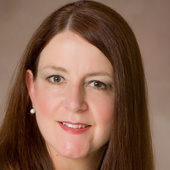