Woodmere, LI, NY is located on the South Shore of Long Island, about 20 minutes from JFK Airport. It is easily accessible by car, bus and the Long Island Railroad (LIRR). It is the largest community in the 5 Towns, covering 2.6 square miles, and is also the most populous with approx 16,000 residents. It is an unincorporated area in the Five Towns and is governed by the Town of Hempstead. The smaller southern portion of Woodmere, known as Woodsburgh, is an incorporated village. It has one of the highest median incomes on LI.

In my opinion the Old Woodmere area is the most interesting part of Woodmere. The houses in Old Woodmere are exactly that, older. Many of the homes were built as early as 1900. There is a variety of Tudors, Colonials and Dutch Colonials. Many are built of brick and the original cement stucco. Every houses is different, every house has its own charm and character.

They don't make homes like these anymore. High ceilings with detail moldings, hardwood floors throughout, plaster walls and lots of Old World charm. It is a residential neighborhood with little to no commercial properties. Big old trees abound.

Typically homes in Old Woodmere start in the $ 500,000's but there are fixer uppers that can be had for less.

I live in Old Woodmere, have raised 2 children here, and as you can tell I love it! If you are looking to buy or sell in Old Woodmere or anywhere else in the Five Towns and vicinity I would be happy to help you!

Donna, it looks like the Old Woodmere Sectoin of Woodmere NY is a great place to live.

Just stopping in to see if I'm on the right track with this contest thing. I really like the MLS slide show window. Is that something I can do, or, does it come from your MLS?

The slide show comes from my IDX provider - it is one of a bunch of very cool things that they offer.

Hewlett is a beautiful town, my daughter did her student teaching there about 6 years ago. 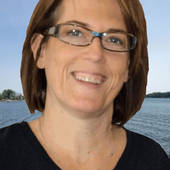