Home > Blogs > Donna Lavin > Donna Lavin's (dlavin) Blog
bookmark_borderbookmark
The Federal government announced last week that it would use funds to help those with underwater mortgages stay in their homes through a program meant to lower the outstanding balances of the mortgage loans of those who qualify to the current market value.  The announcement also announced certain financial incentives to investors and mortgage firms who offer similar assistance to distressed borrowers themselves.  Bank of America said it would begin offering this same assistance to certain of its borrowers.

Although certainly not related, a front page story in USA Today covered the plight of several homeowners who found themselves underwater on their mortgages due to the purchase of homes that have fallen in value.  The story dealt with both those who could still afford their mortgages (candidates for strategic default) and those who were underwater and could not afford the monthly payment.

Bully for the Feds.  Call me heartless should you want but this kind of assistance will just extend and deepen the housing mess.  Now that mortgage modification has not worked for as many as were thought eligible the Feds and some banks (without pressure from the Feds of course) will drop the mortgage balances of some, but not all, of those who are underwater.

While one can argue that bailing out "main street" instead of "wall street" is correct, bailing out either one with more borrowed money makes no sense in either regard.  Do the Feds and the politicians think that it will end with this new program?  Or what about the millions of those who bought homes and are caught up in the same decline of housing values and who don't qualify under the new rules?  Or will there just be an unending array of subsidies that will go on for years?

For those who have owned their homes for 10+ years and didn't use crazy mortgages and who will not qualify for any Federal assistance well it is just too bad....or they will just have to wait a little bit longer for the next plan.

Bank of America announced it would look first at principal forgiveness-ahead of an interest rate reduction-when modifying certain subprime, Pay-Option and prime two-year hybrid mortgages qualifying for its National Homeownership Retention Program (NHRP).  Several enhancements are being made to the program, including the introduction of an earned principal forgiveness approach to modifying mortgages that are severely underwater.

I hope this will  be a valuable tool for a lot of people in trouble with their mortgages.  There are many in need of this assistance. 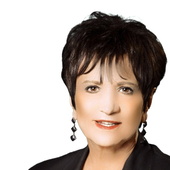