The streets in Country Woods consists of:

View a few of my favorite Brecksville local businesses:

Fun things to do in and around Brecksville Ohio:

Feel free to preview all the homes currently for sale in Brecksville.

If you would like a personal tour of the Country Woods neighborhood and other wonderful neighborhoods in Brecksville, feel free to contact me at 216.702.0537 (Cell), I'll be happy to arrange a guided and fun tour! :)

A $marter Way to buy and sell your Brecksville Ohio Home Sounds like a nice place to call home -- all the best. 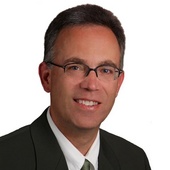