So I went to check my email the other day and what do I see?  I've just been MeMe'd by Bobby Carroll!  Well it looks like it's my turn.  Time for the AR community to get a glimpse into my world.  So here's five things about lil'ole me:

1.  I get to work every day with my best friend (No she is not looking over my shoulder while I type).  God has blessed me by bringing Jackie into my life and I get the pleasure of working with her every day.  Not many people get to hang out with their best friend as much as I do.  Now I guess the only question is......does she view this as a curse?  I'll have to get back to you on that one. 2.  I have a hard time saying "No" to a fuzzy face.  My son had wanted a cat for as long as I can remember,so one day Jackie and I decided to go to CAPS to adopt a cat for him.  Now I have never considered myself to be a cat person.  This was just one of those sacrifices you make when you're a parent.  Little did I know that they were running a "buy one, get one free" special.  I spent the next 15 minutes explaining how I only needed one cat, that free is only the initial investment, etc.  I had a rebuttal for every argument until, while standing next to a cage, a furry little paw reached out and grabbed my finger as if to say  "hey...don't forget about me!".  Needless to say we came home with two cats and I haven't regretted it once!

3.  I fenced in college (You mean I get to use a sword on people....COUNT ME IN!).  While at Texas A&M I had the opportunity to spend some time fencing and I loved it.  While I was active in the sport I had the opportunity to compete against several members of different Olympic National Teams.  It's a rather obscure sport here in Texas, but I ran into a fellow Aggie here in Katy that was on the fencing team at A&M and has opened up a club called Katy Blades Fencing Academy.  I would encourage any of my local friends here to check them out.

4.  After college I became Mr. Goofy Golf.  I had the opportunity to work for several Family Entertainment Centers (that's FEC's in entertainment lingy).  What a blast that was.  My job was to make sure people had fun when they came to visit the park.  I got to see a kid"s eyes light up when you gave him/her a free token for a game every day.  What a reward that was.  No matter what was going on in my life, I knew I could go to work and with a simple gesture I could become a hero.  The value of that job could'nt really be measured by the paycheck or the benefits package.  The only thing that got me to leave the industry......see item 1.

5.  I bought a motorcycle before I ever even sat on one.  I had wanted a motorcycle as long as I can remember.  My Mom would never allow me to ride one, she would never allow the neighbor's son to give me a ride on his, it just was'nt going to happen.  Later in life I discovered Jackie had the same affliction as my Mom.  So all the pleading and reasoning in the world wouldn't make it happen.  So I never found myself in a showroom sitting on a bike or out with friends climbing on theirs.  What's the point, you aren't going to ride it so don't torture yourself.  Then one day in casual conversation my brother-in-law asked me if he bought a motorcycle would I ride with him.  I told him I would love to, but he probably stood a better chance seeing God than he did me getting a bike.  Later that night I mentioned our conversation to Jackie and her response was " that sounds like it would be fun, you should do it".  HUH?  I did not have to hear that twice.  We were in the showroom the next day buying a motorcycle.  We completed the transaction, and then I had to call my brother-in-law to have him drive my new paper weight home!

I hope you've enjoyed reading my MeMe as much as I have enjoyed writing it.  I would like to invite the following people to write theirs:  Adam Pascu......O.K. my friend.  You're up.  Nancy Albea.....I had a wonderful time meeting with you, please share with the rest of AR.  Jeffrey Owen....We haven't met yet, but I look forward to meeting you soon.

I liked reading this very fine post of yours.

Bruce - Thanks for stopping by.  Now you can say you know someone who fenced.  How is life on the island treating you?

Dale - Howdy!  Thank you for your kind words.  I'm glad you enjoyed it.

Like
Patricia Kennedy
RLAH Real Estate - Washington, DC
Home in the Capital
Now, when you said you brought your best friend to the office, I thought it would be your pooch!

Stacy & Jackie - Awesome post! So what do you do with your swords when you ride you BIKE? Now that thought conjures some very usual visions!!! :>0

We fence here in MN, too. It is to keep our horses from visiting the neighbors' horses. Nice to meet you.

I just listed your meme in my alphabetical meme list.  Check it out when you get a chance.

Bobby - Motorized jousting.......hmmmm....thats a club I might have trouble filling up.  Thank you for your kind words and all of your help.  We appreciate you!

Kathleen - Nice to meet you too.  We do that kind of fencing also. :)

Lucky - Thanks.  The rain let up yesterday and I was out for a couple of hours.  Hope to get some more in this week.  Do you ride?

Like
Anonymous
Nancy Albea
Stacy, I bet you were great as Mr. Goofy Golf!  Things are especailly hectic trying to get everything ready for our launch, but I will get my MEME going soon.  Talk to you soon!
Like
#12
chevron_left
Older Post
Back to Top
Newer Post
chevron_right
Rainer
10,571 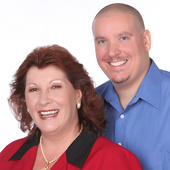 over 13 years ago
bookmark_borderbookmark
It Didn't Have to Happen This Way.
View more Recent Posts   arrow_forwards