"Whoever gossips to you will gossip of you."
- Spanish Proverb

You know the type - there's a gossip in everyone's life. It may be a friend, an acquaintance, or a total stranger. Regardless, it is the person who shares with you any amount of information about another, either about what they have accomplished, or more often, what they have not.

Why does a gossip perform his or her service so readily? Self-aggrandizement is often the culprit. Knowing such valuable information about another as to be able to share it, reasons the gossip, reflects favorably on the provider of such knowledge. In fact, however, gossiping is nothing more than the act of judging others.

When a friend passes judgment on another, might it be that, in your absence, they also pass judgment on you? In most cases that is true. Thus, one measure of another's character might be the presence or absence of such a tendency.

Steven Covey (of "Seven Habits..." fame) offers a solution when he says, "If you do not judge others, they will not judge you." In other words, if you are of such character as to never discuss the merits or actions of others, unless they are favorable, it is highly likely that others will reciprocate in kind. If someone makes a negative comment about another, Covey suggests that your reply might be, "That's interesting. He has always spoken very highly of YOU."

This truth is best summarzied and vslidated in Matthew 7:1, "Judge not, that ye be not judged." It's easy to neutralize the gossip's sting by practicing such clear advice!

It's tough to avoid gossip in the real estate profession.  It seems not matter what we do we find out a lot of things we don't want to know anyway.  I bite my tongue a lot just becuase there is no need to talk about people.

Like
Not In Real Estate Any Longer
Autaugaville, AL

People love gossip; it's a fact of life.

What other magazine can be sued many many times and still come out on top because all it does is tell lies about famous peoples' lives, other than a gossip magazine.

Gossip, especially the bad stuff, makes people feel better about their own lives.

Personally, I like my life, so I don't even listen when others gossip about each other anymore...but I'm sure there was a time...

My mom used to say to roll your tongue in your mouth before you say something negative about someone.  It's a good way to keep make you think prior to saying something you regret later.  Thanks for your post.

I agree with Pam, but it hard to avoid it. I try to just not repeat it. 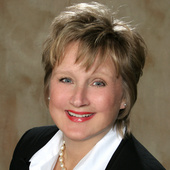