Grab those irons and polish up the woods - it's time to go golfing!

Lake of the Ozarks is well known as the Premier Destination for golfers of all ages and levels.  Spring is in the air and groundskeepers at all 16 Lake of the Ozarks courses are scurrying about getting the greens ready!   Almost all of the courses are offering early Spring specials.  Osage National has a drawing for FREE golf.  Sycamore Creek is offering internet specials.  Lake Ozarks Vacations is offering a "Guilty Golfer Getaway" that includes food and lodging.  Now is the best time to take advantage of season discounts.

Golf is one of the few ball games that does not have a standard playing area.  Unlike measured football fields and chalked baseball diamonds, golf really has no specific design for how the course is laid out.  There really are no two courses which are exactly the same. Designers and Pro-golfers have creatively developed the top notch courses in Lake of the Ozarks. Using existing, rocks, hills, water, and woods they have put together courses that are fun, yet challenging.  Golfers of every age and play level enjoy the breathtaking beauty around them as they play through 9 or 18 holes.

No one is really sure who originally invented the game of golf.  There are some who say it was the Romans and others argue it was the Chinese.  Early remnants of a similar game have been found dating back to ancient Persia or the northern regions of Europe.  Although those cultures had similar components to the modern version of golf, it is pretty much accepted that the version we now play dates back to 12th century Scotland.  While every course is uniquely different, the rules of the game are not.  The rules have been standardized and are universally accepted.  The foundation of the rules is "fairness".  The back cover of the official rule book states "Play the ball as it lies, play the course as you find it, and if you cannot do either, do what is fair."  That sounds like it would be a great motto for life as well.

If you would like more information about relocating or purchasing a second home here at the Lake of the Ozarks - give me a call at 573-692-2424 or visit my website at www.yourlakeagent.com for a complete list of ALL properties listing for sale in our area. 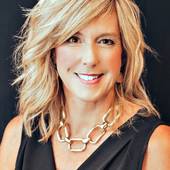