Figuring out how to get out of debt is a major concern among many of us living here in Redding, California.

Mounting credit card debt has left a record number of us standing at a financial precipice. Too many people have amassed a mountain of debt that keeps growing because of high interest rates and unprecedented bank fees.  This combined with reduced income and increased expenses are leaving too many Americans financially strapped with little chance of paying up.

While the circumstances surrounding the debt vary, one element is identical: the lucrative (and sneaky) lending practices of America’s credit card companies have led millions of Americans, young and old, affluent and poor, to the brink.  The recent passage of credit card regulation that was supposed to help consumers has only compounded the situation and in reality has hurt us more than it has helped.  Minimum payments have risen forcing already strapped consumers into financial hardships.  To make things worse banks have taken the long lead time, that they were given to implement the new law, and used it to circumvent the law.   Consumers across the board are seeing interest rate increases - some to as high as 49% - and there is nothing that they can do about it.

Credit card agreements remain one of the only contractual agreements where one party, the creditor, can unilaterally change the terms of the agreement mid-stream.

Bottom line - credit card debt is threatening the future of our families, our retirements and our children's education. Debt effects our ability to a home in Redding, Shasta or anywhere for that matter.  Finding a solution is imperative to building a strong financial future. The solution is going to depend on your personal financial situation.  A person who has suffered a financial hardship such as reduced income, loss of income, or increased expenses due to medical or other unforeseen circumstances, has different options to that of someone whose credit card debt has just caught up with them.

Options to consider include:

Debt Roll-Down:  by making more than the minimum payment on one card at a time you can accelerate the payoff of your debt relatively quickly.  This strategy will work well only if you spend less than you make and have the financial discipline to pay down your debt.

Debt Acceleration: in recent years, new tools have come on the market that allow consumers to use basic banking principals in new ways to cancel interest and accelerate the payoff of  debt, including their  mortgage.  One such program is called a Money Merge Account.  This program encourages frugality and helps keep families on the same page financially.  It’s a great way to involve the kids in financial matters and help to educate them on managing money.  Many clients are able to pay off all their debt, including their mortgage, in as little 10 years, sometimes sooner.  This is a great tool if you’re prone to spending extra at all and have found yourself saying, “Well, I have plenty extra right now, so I can afford it,”  A money merge account is probably the fastest way available to you to pay off your debt and mortgage.  A free debt analysis will show you exactly how the program will work for you.  It’s also an awesome tool for those with a lot of cash-flow, such as the self employed because it make your money work for you 100% of the time.  For more information on this strategy go to http://www.thedebtsolutionblog.com.

People who are in a financial hardship can consider bankruptcy, consumer credit counseling,  debt consolidation, or debt settlement.

A top option for many consumers is Debt Settlement or Debt Negotiation.  Its goal is to keep people out of bankruptcy.  Debt settlement is an agreement between you and your creditor to settle a debt for less than you owe. This is typically done in consideration of a legitimate financial hardship, such as loss of income, illness or death in the family, divorce, medical bills or other unexpected expenses.  These companies negotiate directly with your creditors to settle your debt for significantly less than what is currently owed, irrespective of the interest and finance charges your creditors are trying to add to your accounts.  While it's not painless, debt settlement is an effective way to eliminate debt and get back on your feet financially.  Normally, debt settlement will have  you out of debt in about three to three and a half years.

Usually, the monthly payment that you make is significantly reduced so that it provides cash-flow and eases the current financial hardship.  This program can also be combined with the above mentioned Money Merge Account to help eliminate your debt in a fraction of the time that it would normally take.

The important thing to understand is that you are not alone in your situation.  The average consumer has about $20,000 in credit card debt.  Most people don’t realize that the rule of thumb is to take your credit card debt and triple it – that’s how much you end up repaying your creditors in interest.  Your job as a consumer is to face the situation, take the emotion out of it and take action.

What you shouldn't do is ignore it and hope it will go away on its own.  It won't.  Research your options, talk to professionals and choose to get out of the debt trap today for your children's sake!

I am Kate Bourland. I help my clients get out of debt and establish a debt free lifestyle.    Student of the Law of Attraction and EFT. 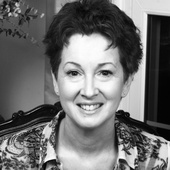