I appreciate the info. I am from MB, although I live in Florida now, but still own several properties there.  From what I have seen personally, there is no consistancy there. 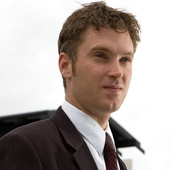