Columbia, SC has by all accounts weathered the slow down in the real estate market as best as expected in a recession. Compared to other states, Columbia's housing numbers and values overall have dropped; but not to the extent of the hardest hit states of California or Florida. According to the local board of Realtors, year end sales were down about 9.9% between that of 2008 and 2009. Median price of homes in the Greater Columbia area dropped about 2.4% during the same period, to about $132,000---still quite affordable based on national standards. Columbia, SC was recently named by US NEWS and WORLD REPORT as one of the BEST PLACES to live.

Columbia, the captial of South Carolina has strong foundations to weather the economic downturn----the army's largest training base, Fort Jackson is located here. We are also home to the the Univeristy of South Carolina and it's award winning programs for international business. Additionally, there are strong healthcare opportunities as well as state employment.

Recently released numbers for this year from the local board of Realtors show encouraging numbers. When comparing January and February 2009 to that of January and February 2010, Columbia area home sales are down only 3%. The median price for homes for the same periods show a increase of about 2.3%, with the median price of homes increasing from $132,000 to about $135,000.

Like other markets, Columbia is working on a slow climb back to the top. The good news is, we did not fall as far as other markets due to our affordable housing prices, and strong economic foundations. Prospective homebuyers should take note that historically low interest rates are still available, and that the tax credits for first time buyers and repeat buyers expire April 30, 2010. There is NO BETTER time than now to buy, as the combination of low interest rates and government rebates for investing in your future will soon be a thing of the past.

As always, you are doing a great job, why to keep the public aware of some of the great things Columbia has to offer. You are incredible.

CARL BERG! WHERE you been? Miss you and the fam! When are you coming back to Columbia to sell real estate?! I'm getting married in August, and would LOVE to see you all if you can make it! Email me your address......give my best your family! 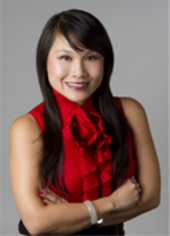