According to a recent Boston Globe article, the New York Times Co. has sold a small portion (1.2%) of its stake in a company that owns the Boston Red Sox baseball team for an undisclosed amount to venture capital firm Greylock Partners, located in California.

The New York Times had been looking for a buyer to purchase some or all of its interest (a total of 17.8%) in New England Sports Ventures, LLC, which owns the Red Sox, Fenway and other sports properties, for quite some time.  It hired Goldman Sachs about a year ago to help sell it.

Since the Times Co. still has a 16.6% stake in the company they want to sell, and Goldman Sachs has only been able to find a buyer for a small portion of the company in over a year of work,  the Times Co. has decided to list the remainder of the shares with David Cahill of Century 21 Cahill Associates, a local real estate agent operating in the Boston area. David Cahill seemed to be the best person for the job after the Times Co. interviewed many of the area's top real estate agents.  His broad experience in commercial and residential real estate sales and leasing has covered many areas including the sales and leasing of dry cleaners, convenience stores, office space, land, multi-families, mixed use properties (which Fenway Park obviously is), and residential homes (which Fenway Park obviously is not).

The Newspaper giant had interviewed several top local real estate agents and it was a tough decision in the end for the big-wigs at the Times Co., who was making the final decision.  The final factor that seemed to tip the scales in Cahill's favor was his recent closing of a four-unit commercial property (his first million dollar sale!) down the street from his office on Dorchester Avenue, which included the space where Hi-Fi pizza is located.  This it the very same pizzeria where the famous Boston-based teen sensation The New Kids On The Block hung out before and during their heyday which occurred many many many years ago.  That relatively obscure connection cemented Cahill as a true Boston real estate professional ready willing and able to handle the sale of the remaining shares of the Boston Red Sox that is still owned by the Times Co.

"I'm thrilled to be the exclusive listing agent for the remaining interest in the Red Sox", declared David from his Dorchester Avenue office, where he was preparing to send out "just listed" postcards for his new Red Sox listing to all of the park's neighbors in the Fenway and Kenmore areas of the city.

"It's really all about price and exposure", Cahill explained whiled speaking publicly about the marketing strategy he planned to use to sell his new listing.  "Who knew that these shares were even available for sale?  I'm a pretty big Red Sox fan and even read about them in the paper and on the web and I never knew they were for sale.  Nothing against Goldman Sachs or anything, but I think there were some things that they could have done to market this very valuable property a little better".

Cahill, a 2009 Century 21 Quality Service Award winner, hopes to change all this and take advantage of the almost 40,000 fans entering and exiting Fenway Park for 81 games per year by installing the well-known gold Century 21 hanging signs on the side of the park on the five major streets which encircle the block on which Fenway Park sits: Brookline Avenue, Yawkey Way, Ipswich Street, Van Ness Street and Lansdowne Street.  "I think I may also install some of those flier boxes near gates A, B, C, and E for any fans who may have an interest", Cahill added.

The 16.6% portion of the team works out to just over 6,628 seats in the hallowed park as well as 6.64 players on the 40-man roster.  Most of the seats are scattered throughout the park, but include some complete sections atop the Green Monster, right field box (sections 88 and 89) and bleacher section 43.  Players to be included in the sale feature Jonathan Papelbon, Victor Martinez, and about two thirds of Jason Varitek.

There will be an open house from 1:00 P.M. to 3:00 P.M. on Easter Sunday before the first game of the season against the New York Yankees (who suck, by the way).

I have a buyer for a hockey team, but baseball is still a stretch since that 1994 strike.

I must assume that a business is included in the defintion of "real estate" in your area.

This is amazing!  Congratulations.

thats awesome! will the seller carry a note?

I thought it was a funny too.  But way to go.  Just glad you didn't put it out on April 1st

Hey congratulations.  What a fun place to live and work!

Congratulation on a truley awesome listing.  The only thing better would have been a listing for the New York Yankees.  Of course, they are not for sale and if they were, as the greatest sports franchise in the world, there would be a bidding war, not a fire sale.  Good luck and GO YANKEES!

Nice listing, how much for the building? I may have a buyer. Thank you

Amazing how the tiniest past connections can turn into something huge! Congrats!

That is a fun listing!

Congratulations!!! If you need any help with photos you know how to reach me.

I am thinking this should have been posted on April 1st.

I heard Jamie McCourt is thinking about buying that available interest in the BoSox right after she kicks Franks butt and puts a stake in the heart of my beloved Dodgers....

California Divorce Court Rocks!  I'm surprised our legislature hasn't put a VAT tax on divorce, we could no doubt erase the state deficit, at least until they start a new entitlement program and give all government employees an appropriate raise....

In a related story the Times also agrees change its motto to none of the news thats fit to print as it is slated to only publish on the internet beginning July 1, 2010.

You are right. This should have been posted on April 1st, since it is a joke. But I figured people would still find humor in it the day afterwards (and into the weekend!).  Sorry if I misled anyone.  It would be a great listing to get!!!

It's inspired on a true story (where I got the material for the start of the article) which can be read here:

All the other stuff I wrote about me is true, just not the part about me getting what would a truly awesome listing!  I was trying to make it sound like a tongue-in-cheek article written about me, in the style of the "The Onion".

That would be a great listing!  Could you imagine the listing commission?

Alan ~ Thanks, I'll let you know!  Those pics from Norwell came out great, by the way.  I am sending you a check tonight!

Ed ~ I'll let you know about the broker tours and will make sure you get a "ticket".  ;)

Great post.  If you can't get me a brokers tour how about a general tour  of your fine city next time your Realtor friends from Texas are in Town!   :)

First I thought this was a joke, but then I read again and realized it was a big prize for you and for NYT. Do your thing and show them what you're made of. Show the potential buyers all the greatness they can buy into and let us know how it's going. Congrats!

That is so crazy fun!!!  I couldn't imagine getting something like that so cool to sell.  I just sell homes but selling something unique like that, wow.  Have you ever worked with him? 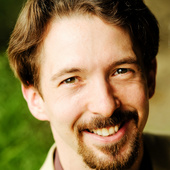 almost 11 years ago
bookmark_borderbookmark
This is a REAL photo! I took quite a tumble that ...
View more Recent Posts   arrow_forwards