After the RTC left Val Vista Lakes, and the HOA became fully homeowner controlled, things began to settle down. The various builder subdivisions were nearing build-out. The remaining production subdivisions - Castaway Bay (Finitz Homes) and Patterson Point (Ditz-Crane Builders) were still active, but they too were nearing completion. Resales were now the dominant player for buyers who wanted to live in the east valley's most-sought-after community. For many families, this was a very good time. They bought their home in the down market that followed the S&L debacle, and now they were sitting on some nice equity. If they wanted to move up to a larger home, it was no problem. Many folks did just that! There are many families who are living in their 2nd, 3rd, 4th, or even 5th home here in Val Vista Lakes!  It has become an inside joke that this is a Stephen King plot line - you can move, but all roads OUT of Val Vista Lakes lead you right back...

As the decade wound down towards Y2K, values were moving upward very nicely. Days On Market shortened to where sellers ran the risk of becoming homeless if they did not have their next place already in their sights. The lowest prices for detached homes crossed 100k, likely never to return. Even the condos at Beach Club Village moved upward in price to where most were now above 100k. The introduction of the internet & e-mail was having a noticeable effect on sales, as buyers & sellers now had an easy way to gather, send, receive, and "own" the data that makes up a real estate "market".  Many in the real estate industry felt challenged by the changes underway, while others welcomed them. What is an absolute certainty from the vantage point of time is that the internet was here to stay, and even the clubhouse installed a WiFi hotspot for visitors to use.

Next - the new decade begins

May 18, 2010 09:08 AM
LIKE
#1
Show All Comments
Older Post Newer Post
Back to Top
Generate More Leads from this Listing
With a Trulia Pro Account
Learn More
Find what you need?
See More Blog PostsAbout Real Estate! SEE MORE NOW!
Rainer
80,957 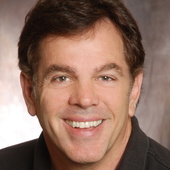