VA home loans available in the Fort Worth area for qualified veterans and active duty personnel.

It is a funny thing as I am sitting here writing this post and thinking about all of the different types of aircraft that fly overhead in my area, what should happen, but here one comes flying very low right over my home.  Many of these aircraft are based not far from here at Naval Air Station Joint Reserve Base Fort Worth NAS, JRB formerly known (and still commonly known) as Carswell Airforce Base. 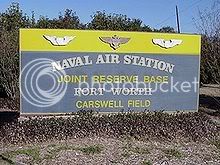 The base was originally known as  Tarrant Field Airdome, when it first started back in 1941 and was later renamed Carswell Air Force Base in honor of Horace S Carswell Jr., a world war II hero.  For more information about Horace Carswell visit http://en.wikipedia.org/wiki/Horace_S._Carswell,_Jr. .  In 1993 forces from Naval Air Station Dallas were relocated to Carswell.  In 1994 the Navy became the host command and renamed the base Naval Air Station Fort Worth, Joint Reserve Base, but also retaining the name Carswell Field.  Carswell, NAS,JRB became the first joint reserve base in the United States.  The base currently hosts Navy, Marine, Air Force Reserve, Army Reserve and Air National Guard units.

On the days when I am out in my yard or even driving in the western part of Fort Worth, and have the opportunity to be awed by the skill and dedication of the pilots and crew of these aircraft that fly so low over my home that I can read the numbers on the planes, I am not irritated by the loudness and vibration of the roaring engines, but I am proud and thankful for the men and women that serve our country so well.

I am happy to be able to provide assistance with VA home loan financing to any qualified active duty servicemember or veteran.  Just visit my website at www.samdavault.com, or call me at (817) 966-7963 for more information.

Being someone that encourages VA home buyers is a great value to your profession and to your clients.

I agree with Judi. Good for you. 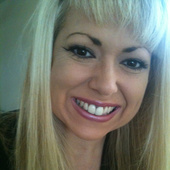