"Grandfathered" is a term often used when referring to something installed in a home that was in compliance with codes at the time it was installed, but no longer would meet the current code.

Like the old drum style trap in this picture.

It is grandfathered, meaning that the building code official will not be knocking on your door and telling you to remove and replace it. You don't need to do anything, regardless of the fact that these are obsolete, and not allowed in modern plumbing installations.

But does this same concept of grandfathering apply to home inspection reporting? A lot of agents that I talk to seem to think so.

I could not even keep count how many times I have reported deficiencies such as stair and deck railing pickets that exceeded 4" separation, the absence of smoke detectors, and similar concerns, to hear a response from the agent that those items are grandfathered since the home was built before the code was adopted.

Take for example the GFCI (ground fault circuit interupter) outlets that in modern homes are required in bathrooms, kitchens, exteriors, outlets, basements, and other locations where electrical and water are in close proximity.

GFCI's were implemented in phases for a variety of locations according to the NEC starting in 1971. (See chart below)

But, while the history list above is interesting, it has absolutely no bearing on how an inspector reports the absence of such devices. Grandfathering is not part of the Home Inspection laws that we are required to follow.

Thankfully we don't have to remember the chart above and apply it to every home we inspect. Either the home has acceptable GFCI protection or it doesn't.

So now you know the rest of the story....

Harold good post----also great for our SOP's to be so pro-active about this issue. 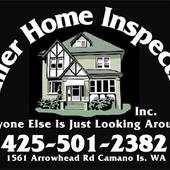