I know it sounds crazy to go to a Tulip Festival but I can honestly say, don't knock it until you try it!

Last year was my first Tulip Festival in Skagit Valley, WA. We went up on a Saturday, BIG MISTAKE! I-5 was backed up for miles, MILES! I kept thinking, all these people want to go and look at tulips? So we turned around and went home. Curious to see what all the fuss was about we went back on a weekday.

We went to Roozengaarde first. Roozengaarde was fun because they had a ton of different varieties of tulips on display like a show garden. Then in the fields they had miles and miles of tulips. It was a sight to see! The fields only had red and pink when we were there but it was still a sight! Kind of a walk to get out there but totally worth it!

Next we went to Tulip Town. Tulip Town had a few tulips on display but they were all protected with wire to keep people out. The fields were pretty because they had a lot of different colors but only a quarter of the amount that Roozengaarde had.

Then we just drove around. It was pretty cool to see all the farm land, super cute houses, farm animals and lots and lots of tractors. It was a fun afternoon, pretty inexpensive, and great family time. Word to the wise, there must not be any running water in farm country because none of these places had real bathrooms, only porta potties, so plan ahead!

I posted some of the photos on my facebook last year and I had tons of people that don't live in the Puget Sound area comment on them. So I will say it was worth it and I will be going again, just not on the weekend! Let me know when you want to be on the Air my talk Show  Patriot Conservative News Tea Party my link http://www.patcnews.com 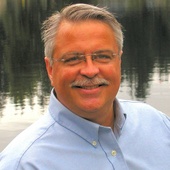 about 11 years ago
bookmark_borderbookmark
Will Short Selling Save My Credit ???
View more Recent Posts   arrow_forwards