Share Fed: Low Rates Likely Through 2010
Interest rates are likely to remain low into 2011, Federal Reserve policymakers hinted this week in at least two presentations. These indications came one week after the Fed shut down its program to buy mortgage-backed securities, which had kept rates at or near record lows in recent months.

In a speech Thursday, Fed Governor Daniel Tarullo said, "The relatively modest pace of recovery, the continued high rate of unemployment, subdued inflation trends, and well-anchored inflation expectations together suggest that the need for highly accommodative monetary policies will not diminish soon."

Likewise, Donald Kohn, Fed vice chairman in a speech in San Francisco, said the Fed would raise rates, "in due course," but he also noted that low rates "help offset the lingering restraining effects on economic activity and prices."

So far, rates have risen modestly, but analysts speculate they will likely become much more volatile down the road.

"It's an uncertain type of market," says Keith Gumbinger of HSH.com.

Michael Fratantoni, vice president of research and economics for the Mortgage Bankers Association, predicts that the Fed will have created a situation where there are days or weeks of low-rate opportunities, and other days and weeks when rates rise significantly.

Who knows what they will be for sure...we will work hard, make whatever they are work for us. Higher rates, reflect lower sales prices to make the market move.

I hope the fed does make some moves to keep rates low, the last thing we need is a reduction in purchases because people are scared by higher rates

I send out a weekly email to my Realtor partners that update them on the mortgage industry. I keep it simple and easy to read so you can breeze through, but still stay informed. Let me know if you ever want to be added to the list :) 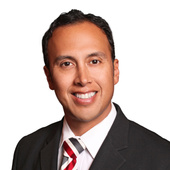 Lifestyles of Long Beach. Our Real Estate Team works the City of Long Beach. Not only do we keep on top of our local home market but we offer insights into the Long Beach Lifestyle. Including schools, events, openings, restaurants, shopping and festivities. Lifestyles of Long Beach Realtors are involved with the City of Long Beach to offer you the latest news about Real Estate and things happening in our great city. Communities include: Belmont Shore, Belmont Park, Belmont Heights, Naples Island, The Peninsula, Spinaker Bay, Bay Harbour, Park Estates, College Park, Bluff Park, Alamitos Heights, Del Lago, Rose Park, California Heights, Virginia Country Club, Bixby Knolls, Wrigley and Downtown Long Beach to name a few. Call us today to sell your home at the highest possible price. We do not rely on last years marketing. That is obsolete and does not work. We will outline our proven strategy to sell your home today.