If you have not linked up with T Boone Pickens show your support by sending an inviation today. I just sent an inviation to him this week and he accepted the linkedin invite within a couple days. This post is really for the group here on ActiveRain http://activerain.com/groups/pickensplan .

I received this update from Boone this week.

The pace of battle is picking up!

Next Wednesday, April 14, I will be testifying before the U.S. House of Representatives Ways & Means Committee on the need for Congress to pass the NAT GAS Act (H.R. 1835).

One thing I'm going to tell them is how I've got 1.6 million Americans sitting with me at the witness table-and they want an energy plan to get our country off OPEC oil, create new American jobs and keep the billions of dollars we send overseas working for our economy.

We've got the message - jobs, energy, economy, and national security.

We've got the vehicle -the NAT GAS Act.

Now we need Congress to act - and that's exactly what we're asking them to do.

We'll have a lot more information for you during the week, so keep on your toes!

Brandon,  I sure will.  I like listening to him... he's got that Texas draw and one smart business man! 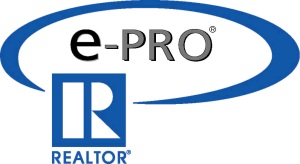