It's going to cost 32 million dollars to find all the people in the Detroit area who haven't sent in the census form.

I live in St Clair Shores, about 4 or 5 miles from the Detroit city limits. In our city, about 80% of the forms have been returned. In Detroit its 55%. Each person who fails to return the form will cost their city about $1400 in lost federal money.

The census will be hiring 3600 to 6000 temporary workers to knock on the doors of the homes that haven't returned the form.They will make $16 to $16.50 an hour and will make 6 attempts at each address before they give up.

It's a shame that the areas that need the money the most are the ones that have the lowest participation. With the thousands of foreclosures in the area, I'm afraid they are going to find many empty houses. Hopefully they will find enough people to make more money than 32 million dollars it will cost.

Census workers in Northern Michigan only make $11 / hour.     We have not received the Census form in the mail yet.    Will have to pick one up.    However, I will not put down all of my kids birthdays, the Census is to count not have other private information.    The Census states that answers will be confidential.    What information that the Government has is confidential? 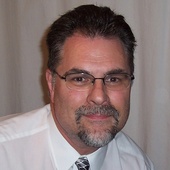