Is the economy recovering? If you're considering buying a home right now, you might wonder if the economy is recovering. Certainly you want to make a wise investment decision and you probably want to know if your home will be worth more or less in a few years. Well, certainly nobody has a crystal ball but we do have different sources of data that can help us answer that question "Is the economy recovering?" .

Well, in looking at the most recent data from the National Association of Realtors index (NEA), it looks like pending home sales were up an amazing 8.2% for the month and up 17.3% from this time last year. That pretty much blew all expectations out of the water!

Additionally, the National Association of Realtors appairently just released a revised long-term forecast. Their projections are that median home prices will be up 2.7% in 2010 and then up 4.3% in 2011 on existing homes. New homes are the same projection for 2010 but an even higher number of a 5.1% projection for 2011.

Fannie Mae recently did a new survey which showed that even in spite of the troubling economy in the last few years, 65% of americans STILL prefer owning a home. WOW!

Home values, at least in Washington state, still continue to remain up from what they were 10 years ago. Sure, if you bought in 2007, you've got a long way to go to gain that equity back but if you bought in 2002, you should still have made money. In fact, if you look at this zillow graph showing 10 year values in Snohomish county, WA, you can pretty much see that if the regular upward trends from 2000-2003 would have continued (shown by the red line), we'd probably be right about where we are now anyway. My take? So we had a big bump, who cares, move on. Pretend it never happened.

BUT WAIT, THERE's MORE! Even investors are helping us answer the question "Is the economy recovering?". They are starting to see signs of a recovering economy because stocks have even finished up for the past SIX WEEKS IN A ROW! 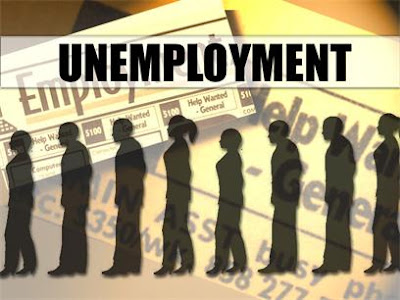 How about unemployment? Certainly that can help us determine if the economy is recovering right? Yep! And it looks pretty good too! The diffusion index showed that 60% of industries ADDED to their March payrolls. Self employment and start-up businesses has grown by 452,000 per month in the last three months. Finally, the labor force grew at a 2.9% annual rate the last 3 months allowing the unemployment rate to stablize. When that drops down to 1%, it's expected that unemployment will actually begin to trend downward.

So is the economy recovering? Well...All I can say is that as of April 2010, the signs are looking positive. Nothing jumps out as any reason to not be optomistic about it, that's for sure.

(Shakes the magic 8 ball and asks "Is the economy recovering?"... "Outlook Good"...hmmm, works for me)

Jeff, the economy is recovering in some spots, like Northern Virginia, where I am.  In other areas, like Detroit, it won't come back for a generation if it ever does at all.

@Jason - No problem bro. Yeah just let me know when you get back. Thanks for the nice comments.

Jeff: Not so fast. Is the economy recovering? Perhaps. Look at the statistics closely and they argue for an extremely tepid recovery. I don't expect significant growth until next year at the earliest. Watch what the stock market does this year. I'll bet it will bounce around within a 1,000 point range between 10-11,000. I appreciate your optimistic message and believe that's important. But a dose of reality is also in order! Thanks for the post!

Oh I'm not expecting a huge jump, that's for sure. A slow recovery is defanitely more likely. It's probably easier to be optimistic in our market because Seattle is probably one of the more promissing areas, along with New York and San Fransisco. Certainly if you live in Ohio or Michigan or Lousiana, this would clearly not apply.

That said, "Not so fast" is probably a good caution. A lot of people got loan modifications under the making home affordable plan last year. Many of them may have been modified with an arm. Look for another dip from this in 5 or 6 years. The banks still also have a lot of REOs to list up so that's not going away any time soon either.

So a fast recovery? Highly doubtful. A slow and steady recovery in SOME areas? Much more likely. 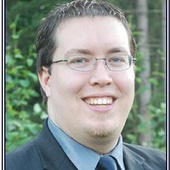