Every few days I get stories from the Curry Boy's in Florida and others about Short Sales......we all have tales to tell so here is another.

That's why you order title insurance! Most title companies have millions of dollars in reserves to solve title problems. The title policy states and guarantees the title, no matter what the short sale approval letter says. Apparently this underwriter thought their job duties required them to do the title company's job.

We finally called the CEO of the buyer's lender in California. We told them they were out of line. Why can't we just start making unrealistic demands. What if we demanded, "We want to make sure all funds brought by the buyer to closing have never been laundered or used in the drug trade. We also want the money to be backed by gold." Come on, we all know it's a fiat currency!

I almost thought of putting the following into the MLS private remarks for all our short sales. "Please withhold buyer offers from XYZ Loans, as they do not understand short sales and refused to approve a loan for an approved short sale." I am forced to deal with incompetence and power trips on the short sale end of transactions. I sure am not going to put up with it when I'm the customer.

Dear Dennis,
Do you think that is because you are not an underwriter or a lender's negotiator? I remember years ago when I was not a Realtor or Real Estate agent there are some of them that they believe they are god because they just got a simple real estate license, when you get one and you speak again with the same guys they see you different,  I have written some about this, hope that is not bank of america :)

No I am NOT Bank of America....they have to be the worst though. It's funny how you can get different answers to the same question in the same day on the same file....you just have to call them a few times :-)) 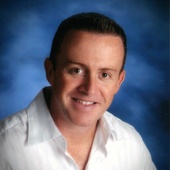 over 12 years ago
bookmark_border
Some Short Sale Advice....from someone who knows.. ...
View more Recent Posts   arrow_forwards