Why Is It That We Leave
Our Houses Unprotected?

By Jeff D. Opdyke
From The Wall Street Journal Online

My wife, Amy, had one thing to say to me recently when I called home while picking up our daughter. "Well," she said, "I nearly burned your house down."

Apparently, Amy had just put some oil in a skillet on the stove when she went to check on a noise in the garage. When she returned, the oil was popping and smoking. She quickly moved it, but some of the oil spilled and caught fire on the burner.

She quickly doused the flames. But as I listened to her, the one thought that I had was that we really do need to buy that fire extinguisher that I assured our insurance agent we'd get -- in 2004.

I know that I'm not alone in putting off until tomorrow the things I should have done last year.

But I also know that this lackadaisical attitude is especially stupid when it comes to the biggest investment most of us will ever make -- our house. Amy's minor mishap lit a fire under me to not only go buy that fire extinguisher, but to check up on other items I've been putting off for too long.

After all, when your home is your castle, do you really want your castle to lay in ruin because of your laziness?

Here's why it's so easy to put off all the things you need to do to protect your house: Your house doesn't do anything. It just sits there. Cars ding and flash lights at you for every little upset -- door ajar, gas low, oil needs changing. Our minivan won't let us open the side door if the gas cap is open.

My house? Not once did it ever warn me about the leaky roof. It didn't give me notice that the air conditioner was on the fritz until I turned it on -- and felt the unwelcoming breeze of tepid air on a steamy day.

Everything that needs to be maintained or protected is basically up to you to remember to do. And with so many other pressing things to do on a daily basis, the nonmandatory chores -- like taking time to stop by the home-improvement store to buy a fire extinguisher -- keep getting pushed to the bottom of the to-do list. Pretty soon those chores are so far down the list that when you're at the store for some other reason you don't even remember you need a fire extinguisher.

But our house's relative silence can't be the only explanation. After all, I'll go out of my way to get my oil changed and my car washed, even if the car isn't telling me I should. How, then, do I justify the effort needed to protect a $17,000 Jeep, and not the actions necessary to protect a house that cost more than 20 times that amount? It makes no sense.

Some of it is pure laziness. And some of it may be that, unlike the car, the task of maintaining a house is just too big. We can't get our arms around it. So we don't even try.

That's the explanation a New Jersey friend gives for not finishing a paint job after a house painter he hired abandoned the work five years ago. "Part of the house on the side is barely primed," he says. "Not only is it ugly, it's no doubt hurting the shingles. And I still don't do anything about it. It's crazy."

His reason: "The house has many things that need attending to. I need to get somebody to look at the foundation on an addition we did, and make sure it isn't cracking. Trees need pruning. The basement needs to be sealed better. It's all daunting. So unless something really bad is staring you in the face, you just put it off."

Worse, he knows this is just the sort of issue that can come back to haunt you. Eight years ago, while renovating his house, contractors found termite damage that required additional repair work. That added about $3,000 to his costs. Today, though, he still doesn't have a pest-control service come out and check for termites on a regular basis.

"I know it's crazy," he says. "But the to-do list to protect this house is bigger than I have time for now, and it's bigger than my brain can handle. So I stick my head in the sand."

My Philadelphia friend, Tara, is in the same situation. She has smoke detectors that need to be installed, and others that need new batteries. A piece of her front door has fallen off and she hasn't repaired it yet. There's a leak in the bathroom that needs to be fixed. It has been "ages," she says, "since I've cleaned my gutters, and I need to get an exterminator and a tree cutter to deal with carpenter ants."

But after waiting so long, she now has a plan of attack: "I'm taking off two weeks in July just to take care of my house and the many things I've let go. It's not my perfect choice for a vacation, but I really have no other choice. I fear the collective strain of those little problems is going to add up to a bigger problem if I don't deal with it, and I just don't have the time during my regular work week."

For a while now, Amy and I have needed to deal with several issues in our house that I've put off, frequently to Amy's consternation.

There's the fire extinguisher, for one. In addition, a storm several months back ripped a small line of shingles off part of the roof. I haven't done anything about that, either.

And then there's our homeowner's insurance. Given that I write about insurance frequently in my job, I am well aware that homeowners, after years of living in a house, often end up with woefully inadequate insurance coverage. I'm a living example of that.

Hurricane Katrina not only reshaped my state in 2005, it revalued the local real estate, as many hurt by the storm relocated to Baton Rouge. Housing prices here surged, as did the cost of construction. The result is that our house is now worth about 40% more than when we bought it. Thus, if Amy had been successful in burning down the house, our insurance coverage likely wouldn't have paid us nearly enough to rebuild the house we have.

For that reason, I'm calling some contractors this week to figure out what rebuilding our house -- exactly as it is -- would cost in today's market. Then, I'll be talking to our insurance agent about changing our coverage.

And, in case you're wondering: We now have that fire extinguisher in the kitchen. And one in the laundry room, just in case 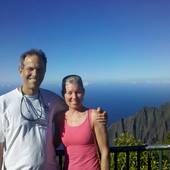