Merrick NY Homes for Sale vary in style and price range.  You can find Merrick NY Homes for sale with price tags ranging from several million dollars to several hundred thousand dollars.  There many homes with water views and others in areas with old oak trees.  You can even find a few Town Houses in Merrick.

The style of Merrick NY Homes for sale are Ranches, Capes, Colonials and Splits.  Here is a point to consider you can't say that you've seen one Ranch / Split or Cape and say you've seen them all.  In the case of Ranches there are Hi-Ranches, In-Line Ranches, even Ranches that have second floors, now how is that a Ranch?  Well in Merrick it is called a Masciola ranch so named after the developer who built them.  These ranches can be found in an area that is known as "Merrick Woods".  When homes become available in "The Woods" they tend to fly off the market as many Merrick residents trade up for so the competition can be fierce.

Also found in the woods are Farm and Ranger Ranches these have a second floor but no basement. You can also find many older Colonials and one or two Capes and there is even some new construction as builders have purchased older homes and razed them.  There is also a few Tudors in the area built in the 1920's. Throughout the rest of the area you can Merrick NY Homes for Sale that are Colonials, Splits, Capes and Ranches too.   Although most Capes and Colonials are found in Merrick and North Merrick and more of the Splits can be found in South Merrick but there are a several pockets around town that have them too.   When considering Merrick NY Homes for Sale keep in mind that no organization sells more homes in the Merrick and North Merrick area then Select-A-Home /Island South Reality Corp. that has not been raised in the area.   There is only one zip code for the town of Merrick 11566 but there are two school districts in Merrick, District 29, North Merrick Union Free School District and District 25 Merrick Union Free School District.  Also you could have a Merrick address and you children could go to a Bellmore School.  This is why working with an agent that knows the town can be very beneficial. 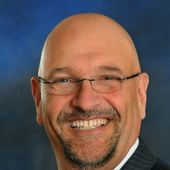