LCSO Seeks Fairfax Man Wanted for Abduction of Mother of His Children; Victim Able to Escape

Loudoun County, VA: The Loudoun County Sheriff’s Office is seeking the public’s assistance in locating a Springfield, VA man wanted for abduction and violation of a protective order.

Carlos Alberto Bonilla, 34, entered a residence in the 1000 block of Sanderson Drive in Sterling, Virginia around 11 p.m. on April 14, 2010. Inside he attempted to forcefully remove the mother of his children and put her in a vehicle. The 45-year-old female victim was able to escape. Bonilla fled the area prior to the arrival of law enforcement.

Bonilla is described as a Hispanic male, 5’5” tall, weighing 225 pounds and has brown eyes and black hair. He is possibly driving a 1991 blue Toyota van or a 2001 red Ford F350 pick-up truck with a cover over the cab.

The Loudoun County Sheriff’s Office has obtained warrants for Bonilla’s arrest on charges of abduction, destruction of property and two counts of violation of a protective order

If you know the whereabouts of Bonilla you are asked to contact Investigator B. Ochsman of the Sheriff’s office Criminal Investigations Division at 703-777-0475. If the caller wishes to remain anonymous they are asked to contact Loudoun Crime Solvers at 703-777-1919. If the information leads to an arrest and indictment, the caller could be eligible for a cash reward of up to $1000.

This has been posted by  LOUDOUN SHERIFFS DEPT today 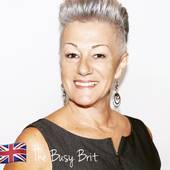